CATCHING UP WITH THE TOUR DE FRANCE – STAGE 4

Cavendish was a late edition to the Deceuninck Team as the 36 year old sprint specialist from Great Britain had all but retired following last season. Today, you would never have known he was anywhere close to retiring from the demanding sport of cycling when he out-sprinted the other sprinters to claim second in the intermediate sprint and went on to win the stage as well. It was the 31st stage victory of his storied racing career leaving him only three (3) TdF stage victories behind the record-holder and cycling legend Eddie Merckx. Thoughts of retirement stemmed from a long drought for Cavendish who last won a TdF stage victory five years ago. Joining him on the podium following the fierce sprint finish was Nacer Bouhanni and Jasper Philipsen rounding out the top three stage 4 finisher’s.

“Just being here is special. I thought I might never come back to this race. Just thanks to the whole team,” said Cavendish. “Never give up. It’s a message for everyone who is going through a difficult situation. You can always come back. Never give up. That’s my message. Three weeks ago I wouldn’t even have dreamt of winning a stage like this. It takes a team like Deceuninck-Quick Step to make it. It is the best team of the world, the most professional one. It was so emotional to stand on the podium. When I was a kid, even before racing a bike myself, all I saw was the podium and the Tour de France.”

There was more to the Stage 4 story than the amazing return of Mark Cavendish. It could be said the amazing part of the day was the ride of  Brent Van Moer who was first to attack at the 10km and rode away as the solo leader just 4km later to lead all the way to the very end. Van Moer of Belgium gave his all trying to stay ahead of the Peloton even leading by a full minute as he passed under the 10km banner racing toward the finish. 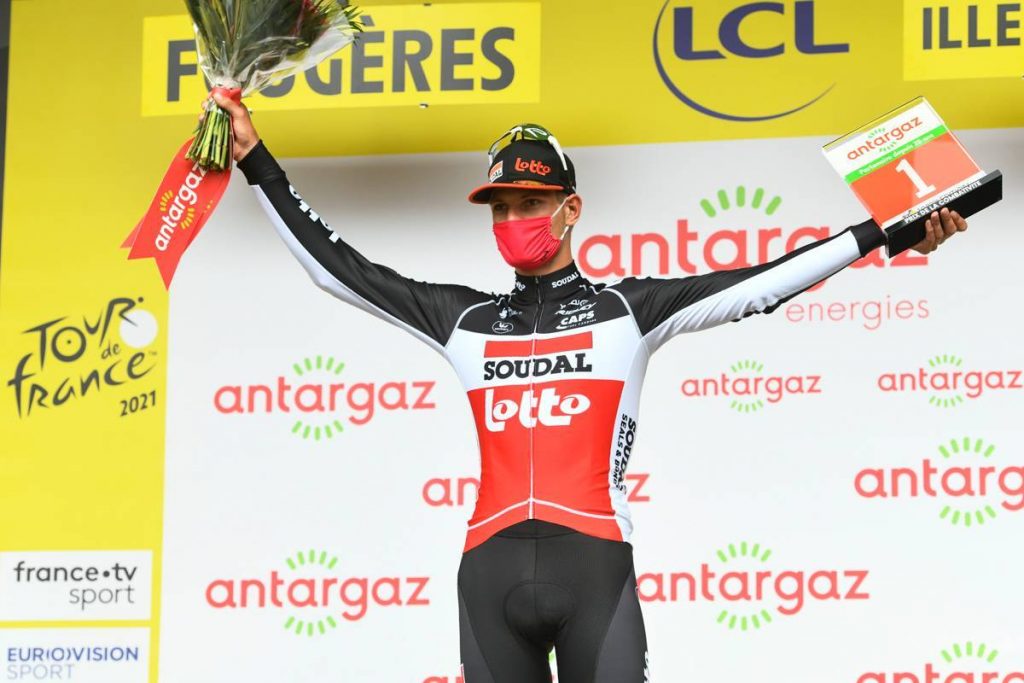 “I was lucky to make the break today,” said Van Moer. “Although I knew it was going to be difficult to reach the finish line first, I kept going because I always give my 100% on the bike and fight until my last breath. On the final 15 kilometers, my teammates told me over the radio I had a chance of winning, and that gave me some extra energy. The last climb was a bit too much for my legs. Shame I was only 200 meters shy of victory!”

It was not to be for the Belgian rider as the Peloton caught up and swallowed him with only about 150 meters remaining – he didn’t even finish in the top ten for the stage. In the overall lead of the General Classification, Mathieu van der Poel held onto the Yellow Jersey at the end of the four days in Brittany Region of France.

Follow more of the 2021 Tour de France at: https://www.letour.fr 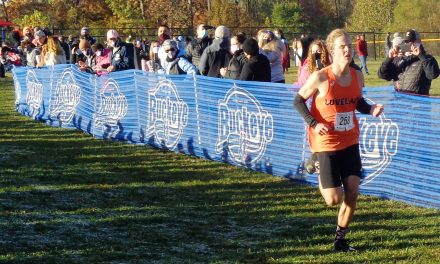 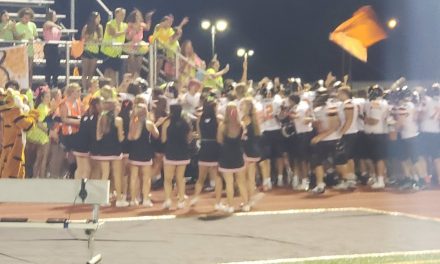