By Rob David (Chuck Gibson contributed to this story)

LOVELAND, OH (October 6, 2021) – Against the backdrop of a crystal clear blue sky, a crowd gathered as 100 balloons inscribed with messages of hope and affirmation rose to the heavens the evening of Friday, October 1, in a pre-game ceremony at Loveland High School stadium.  The orbs of Loveland Tiger orange and black rose above the bleachers and drifted westward high into the sky following dedication of a tree and memorial marker for Ben Morrison 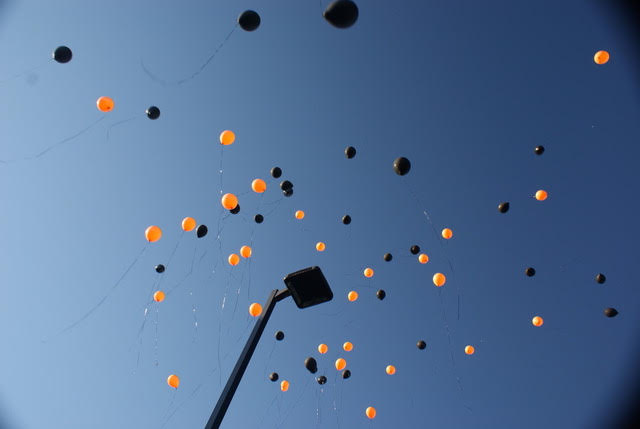 For well over a year now, such celebrations and remembrances have been rare. Far too many have passed without being celebrated and remembered, as we would like. This ceremony served as a poignant reminder for all of the memory of Ben Morrison, LHS Class of 2020 – gone too soon.

Ben Morrison died too young, less than a year after his 2020 graduation from Loveland High School. He was the son of Tori and Donnie Morrison, brother to Ashlei, Kevin, and Chelsei, and friend and brother to so many classmates and teammates. 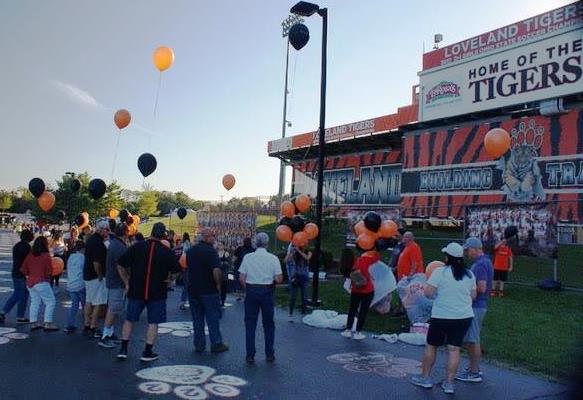 Ben was always there to help the other guy during his high school career in the classroom, on the lacrosse field in his #21 jersey or on the gridiron wearing his favorite #48 Tiger football jersey. Since his death that first week of March 2021, a Ben Morrison Memorial was set up, and already awarded scholarship money to LHS students currently college freshmen. Even in death, Ben Morrison continues to help his fellow Tiger students.

And so it was to be that a tree was planted and a memorial plaque placed and dedicated in his honor. 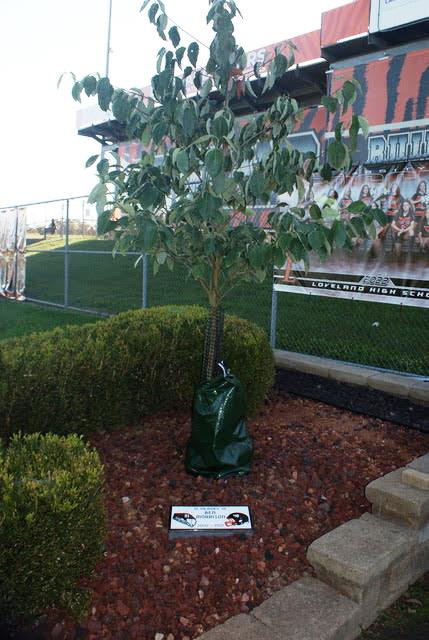 The marker depicts Ben’s jersey numbers prominently; #21 for lacrosse and his favorite #48 for football.  According to his father, Ben had worn #48 as a football jersey number ever since 2nd grade until he had to switch for his senior year to #52.  The #48 jersey was just too small for the man Ben had grown into.

The marker gives testament to a life cut short.  But, it is a life to celebrate and remember.  All who gathered did just that. Ben’s mother, Tori Morrison was grateful for the outpouring of support by the community. 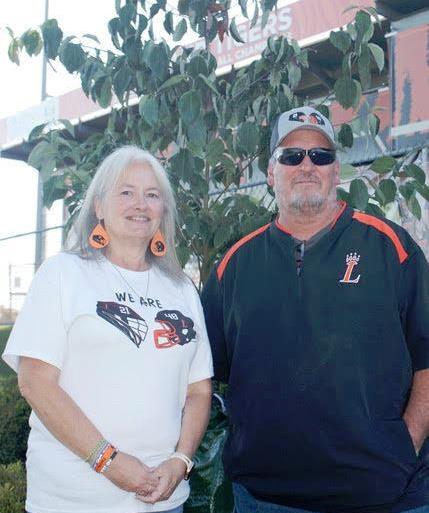 “This community is like no other,” said Tori. “I mean, they really show up with support 100% and come together in a time when someone needs them.”

Amidst the crowd were numerous T-shirts emblazoned with Ben’s jersey numbers on the front and “HOPE” across the back.  The community support was readily apparent by the numbers.

Despite the obvious difficulty of losing her son, Tori has been lifted by the community response and remembrance.  It is exactly the way she would like him to be remembered. 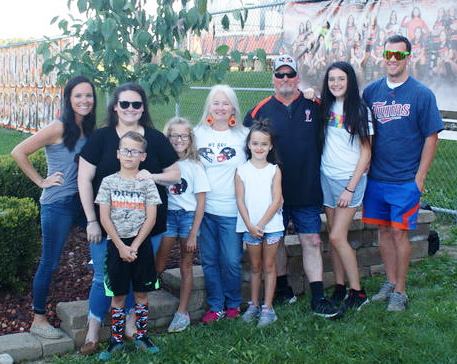 Members of Ben Morrison’s family including his mom, Tori, dad Donnie and siblings Ashlei, Kevin, and Chelsei along with his nieces and nephews Alexis, Payton, Marshall and Lydia on hand for the dedication ceremony. (Photo Rob David)

What better way is there for a young athlete to be remembered?

CLICK HERE to learn more about the Ben Morrison Memorial

NOTE: Special thanks to the Loveland Athletic Boosters, Riverview Monuments, and Doug Braush Landscaping for their contributions to the memorial. 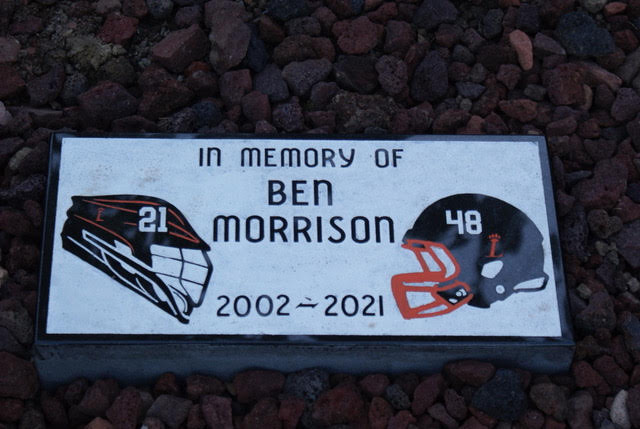 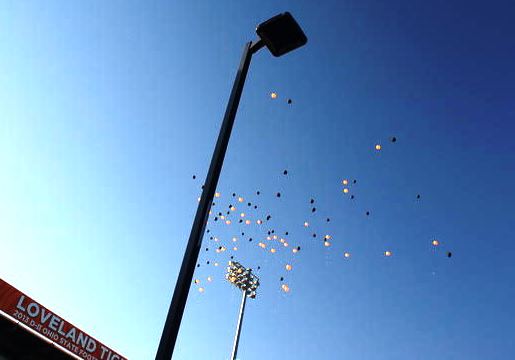 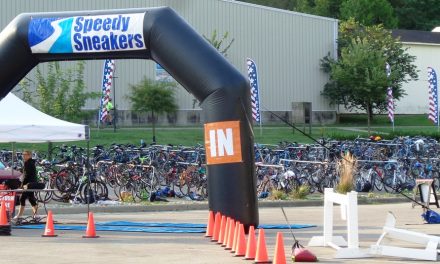 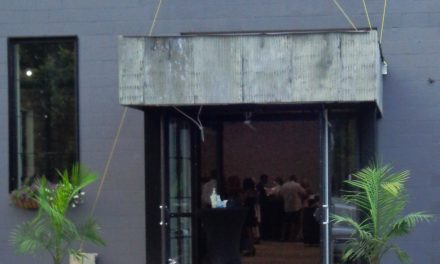 The Landing Event Center opening a success for NEST & future 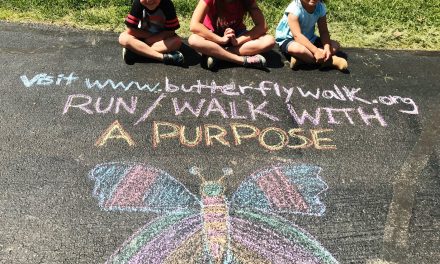 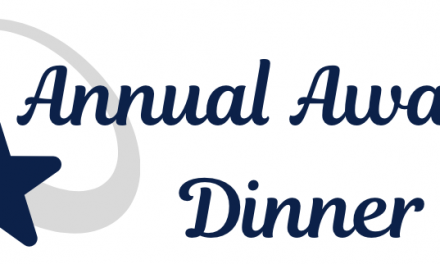