The curtain opens for the Loveland Stage Company musical production of “COLE” this Friday, November 1, at 7:30 p.m. Directed by Gregory Carl Smith with co-Producers K Buckler and Pat Furterer, the life, words and music of Cole Porter will feature a cast of 19 vocalists, dancers, narrators and live orchestra.

“Cole is a very unique production,” said Smith. “There is no dialogue from the cast. The story is carried by about 30 narrations where we have narrators come out in period costume.”

It is Cole Porter’s story from birth until death. This is a musical journey through the life of one of the most prominent composer/lyricist’s of 20th Century America. A simple stage will provide the backdrop for a musical theater life that began in New York, moved to Paris, where Porter began to flourish, and then returned home with great success on Broadway.

“Cole Porter’s music is the ultimate in theater music,” Smith said. “I fell in love with the music.”

It was a love that Smith said he cultivated over a six to seven year period after doing the lighting for “COLE” at another theater. He submitted it for production at LSC, and they decided to spearhead the 40th anniversary season with the show.

The cast has worked hard with all the music in the show. They’ve had fun together too. Kate Arnold is one of the vocalists enjoying her return to the Loveland Stage Company. She was a 17 year old member during the very first LSC productions 40 years ago.

“For those of us who are singing, it’s a lot of music,” said Arnold. “Most of us are singing solo’s, we’re part of duet’s, and trio’s; then there are company songs. That’s been a lot of work, but it’s been so much fun. The people in the show are just a blast to be with. It has just been great!”

Arnold has known, and loved, Cole Porter’s music for years. Listening to a CD of Ella Fitzgerald singing the Cole Porter song book is how she “really fell in love” with his music. She is struck by the range and variety of his work; the complicated and detailed harmonies reveal a brilliant musician to her.

The complexity and detail of his music carries over to the difficulty staging “COLE” for director Smith.

“It does not follow the usual musical format. It is not a musical revue. It is not a straight musical because the audienc will hear no dialogue from the vocalists. The dancers will not be singing,” Smith said. “It is the purest aspect of a musical cutting away all the rest.”

Singers and dancers will create the visual for the audience. Their visual performance will be enhanced by nearly 80 projections. Smith’s vision for this production is highly technical with the projections, staging, lighting, and sound all coming together for the audience.

“My goal is to give the audience everything they need visually, audibly or emotionally to embrace the whole package,” Smith explained.

Giving the audience everything they need prompted Smith to bring in Chris Lee to work along with him as technical director. Lee has over 40 years of experience in theater.  He faced many challenges with staging for multi-level dancing, set design, lighting, and props. Imagine just the timing of the projections with song, dance and narration.

“There are about 40-45 queue’s,” said Lee. “Some use as many as 20 different images during the process of a single queue.”

Most happen during narration, but some require timing with a song. Some require the push of a button, but others have to be timed out to follow automatically. That’s tough when they never say it, or sing it exactly the same way twice.

“The joy of live theater is the excitement of not knowing what is going to come next,” Lee said. “It’s a little crazy. That’s why I love live theater, it’s different, every night is different.”

There are 40 different musical numbers in the show; too many to list here. Smith wanted to name six or eight that will stand out for the audience. I asked him to name just one. He still sneaked in a second one; a sentimental favorite from the first show he worked on at Loveland Stage Company.

“Tomorrow” is a number that will get the audience’s attention,” Smith said. “It covers the full range of emotion. The other one is more well known, kind of my sentimental favorite, and that is ‘Anything Goes’.”

Tickets and show information at: http://www.lovelandstagecompany.org

Photo captions: 1)Director Grefory Carl Smith with the poster for “COLE” at LSC, 2)The set backdrop for LSC production of COLE, 3) Cast members rehearse a scene from “COLE” just days before Opening Night 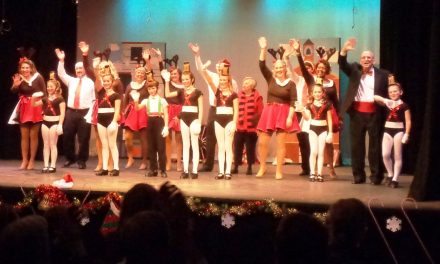 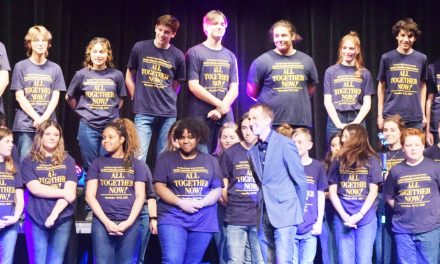 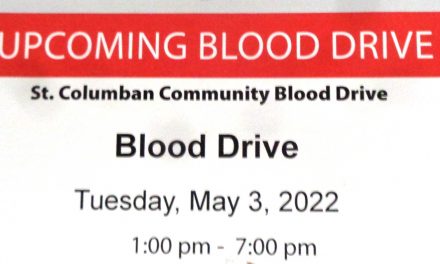 St. Columban teams up with Hoxworth for community blood drive 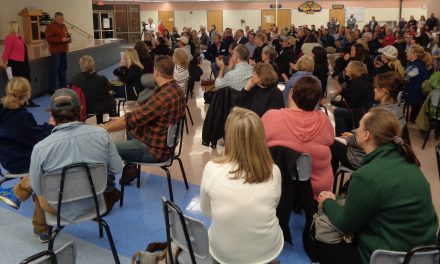 Community Information Session About the School Levy Coming up on Tuesday, February 25