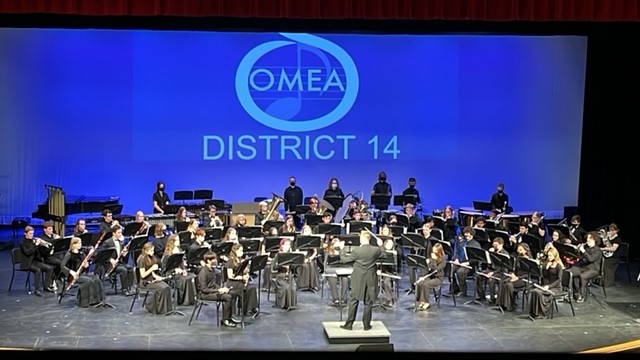 “The band is doing very well right now amid all of the COVID protocols and all of that,” said Miller. “We are still finding ways to be successful and keep the kids engaged in a variety of musical aspects and facets.”

One of those engaging musical aspects is the early January Ohio Music Educators Association (OMEA) District XIV Honor Band event which culminated with two concerts at Princeton High School for student musicians selected for seats on the Honor Band or Orchestra. There were 13 LHS students selected for the Honor Band.

“We had 13 students make it into the band out of 20 that auditioned,” Miller said. “They got to play with the best student musicians from all over Cincinnati.  We had nine from the middle school make it as well.” 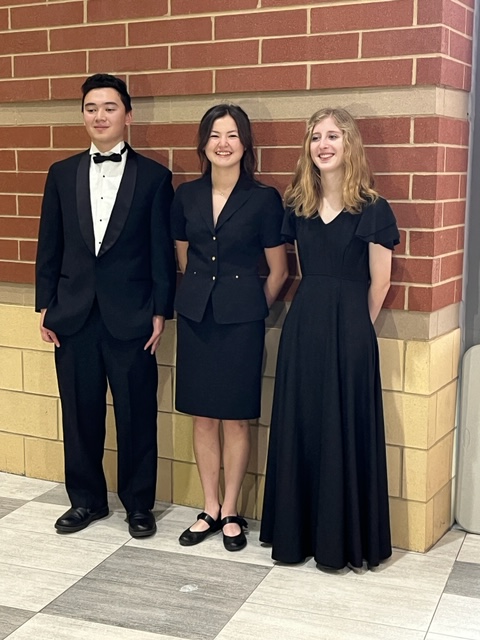 Not only were 13 LHS students selected, but two received the highest honor.

“We even had two students get first chair in those bands,” said Miller. “That is really, really an honor. Olivia Smith was first chair trombone. Alton French was first chair bassoon. Ally Oh was second chair percussion which is really a great honor.”

There are two different honor bands Miller explained.  It is a big deal with the student musicians required to prepare two audition pieces plus the scales along with the requirement to sight read for an adjudicator (read judge). Miller says the adjudicator ranks all the students who audition.

“Our students got to be part of a great organization,” he said. “That concert was the first week of January. They had three rehearsals and put on a concert after that.”

Brandon Jones, director of bands for Wittenberg, and Avious Jackson, director of Phillimore Wind Band in Cincinnati as well as a band director at Mason High School, were the clinicians and guest directors for the OMEA event. Miller says Alton French is also headed to Cleveland in February to be part of the All-State Band.

“Alton is first chair in the state as a bassoonist,” said Miller. “That’s’ even a bigger deal. They’ll perform a concert at the band, choir and orchestra director’s convention next month.”

The OMEA District XIV event is a separate stand-alone event, not a qualifier for the state event. Miller says in some states there are multiple qualifiers and in Texas, for example, competition goes on all year long building up to the All-State Band. Not true in Ohio he says. Earning a seat on the All-State Band involves separate auditions. 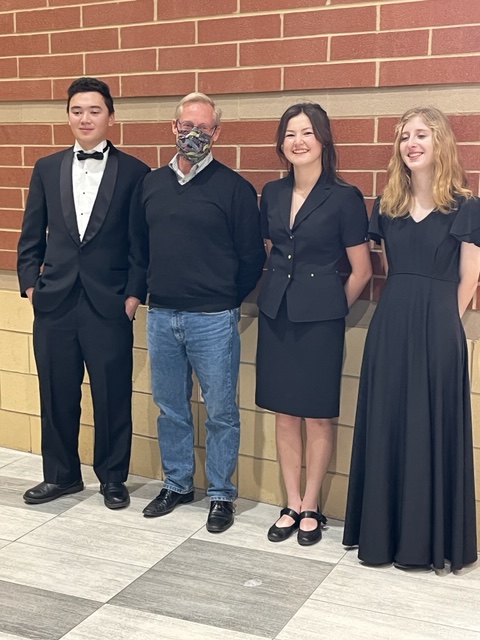 “The All-State is a separate audition that happens in May,” Miller explained. “Hopefully students that made this band will get the confidence to try out for the All-State Band and try for that bigger venue.”

Miller believes that is exactly how it played out for Alton French who has made the OMEA District Band in past years.

“I think that gave him the confidence to then try out for the All-State Band,” said Miller. “So he tried out last spring and made it.”

Miller leaves no doubt he sees the OMEA District and other music audition opportunities as a way for the student musicians to build their confidence, try out for and ultimately perform in larger venues in front of larger audiences. What does it mean to him to see the kids have this success at OMEA in 2022? 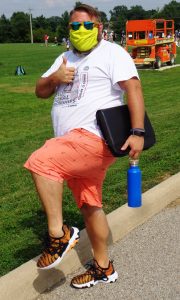 He finds it incredible to see students taking it upon themselves to learn additional music, take time out of their schedules to go through these rehearsals, take part in the auditions, work up the confidence to audition and perhaps even get additional private lessons outside the school day to get more music in their lives.

“It really does move me that they do take part in this; that it means so much to them,” Miller said. “It’s really nice. It makes me feel like I’m doing the right things to instill that love of classical music that they want to get more of it than just my class.”

It is at least 25 hours, probably more for each student of time on their own preparing to participate in this type of musical audition and possible concert. Miller sees it as an incredible commitment for the students – especially when you take into account everything else they have going on.

“It is extremely humbling that the kids value this experience that much,” said Miller. “It goes along with my whole goal as an educator to inspire the students to keep music in their life beyond the classroom. My hope is, after they graduate, they’re still finding avenues to take part in classical music, participate in community bands, and this is one of the ways I think helps them see that larger picture.” 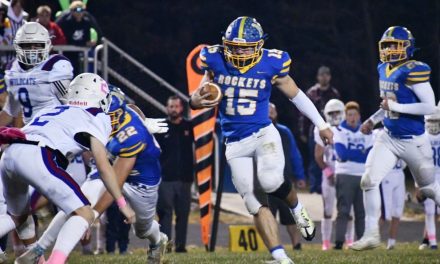