anchored to their high school campus

CLERMONT COUNTY, OH (November 5, 2021) –They missed the music, but may have missed the conversation and friendships even more.

Members of Clermont Northeastern High School’s bands spent more than a year essentially anchored to campus. No parades; no concerts; no uniforms.

“We didn’t get on a bus last year until graduation. We didn’t do any drama performances, and we were limited to just playing at home events here. We had no pep band.” – Chris Moore, Band Director

While they didn’t go silent, CNE musicians certainly felt isolated. That has changed, albeit slowly. Band members participated in two off-campus events in October, and have ambitious plans for the late fall, winter and spring. 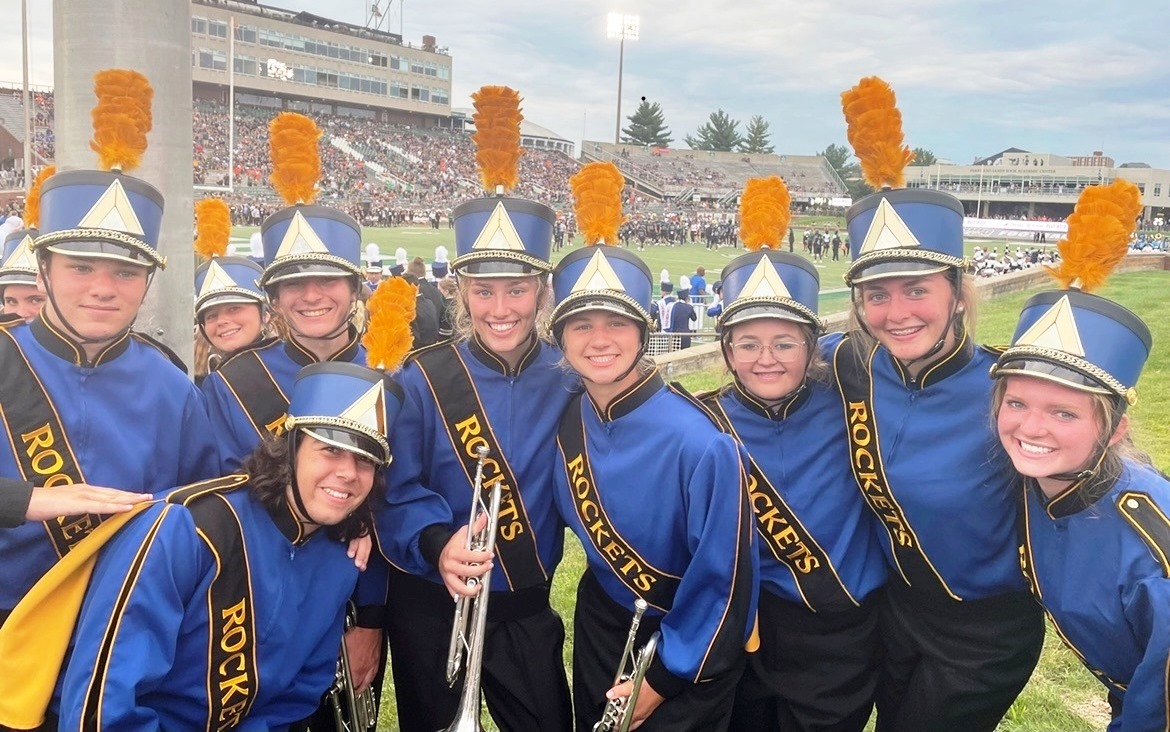 “It was a great experience for our kids to get to go. You perform at the halftime of the football game and pregame with like, it’s like 10 other high school bands and The Marching 110 and it’s just a great experience,” Moore said. “Getting to take the kids to a college campus. We got to walk through it a couple times because our buses parked way far away, but it’s a really cool experience for kids to play with everybody like that. I think our kids had a good experience. It’s a really long day. And you know, some of our kids don’t get to travel outside of Clermont County, so it’s really cool to see that.”

Bands joined to play the “Star Spangled Banner” before OU’s football game vs. Syracuse, and also played Harry Styles’s “Watermelon Sugar.” Batavia High School’s band was also there. CNE’s football team played the Bulldogs the previous evening, and Moore and Batavia’s director had their units perform together at that game.

Five weeks after the OU experience, CNE’s band traveled to Columbus to take part in Ohio State University’s “Skull Session.” Moore said the event originated as an opportunity for OSU band members to “get their music in their skull one more time” before that day’s performance, and it has grown into one of college football’s greatest traditions.

Moore applied four years ago, and CNE was chosen this year. Rocket musicians warmed up the crowd, playing for about 40 minutes before the OSU band came in; the two groups then performed one song together. Moore actually missed the OSU performance because he tested positive for COVID 19 and was away from school for two weeks, but was able to watch the event online. His students were happy for the opportunities.

Junior piccolo player Lydia Huff has been in the music program since sixth-grade, and in the marching band since eighth-grade. She compared the band community to a family.

“It’s been fun to see like what the other bands have done and how every single band has grown in their own different way through this year of not seeing each other and just being able to like, talk to other bands and have that fun family time again,” said Huff. “I like seeing the college bands and seeing how they do things and being able to talk to them and how maybe we want to do it in the future.” 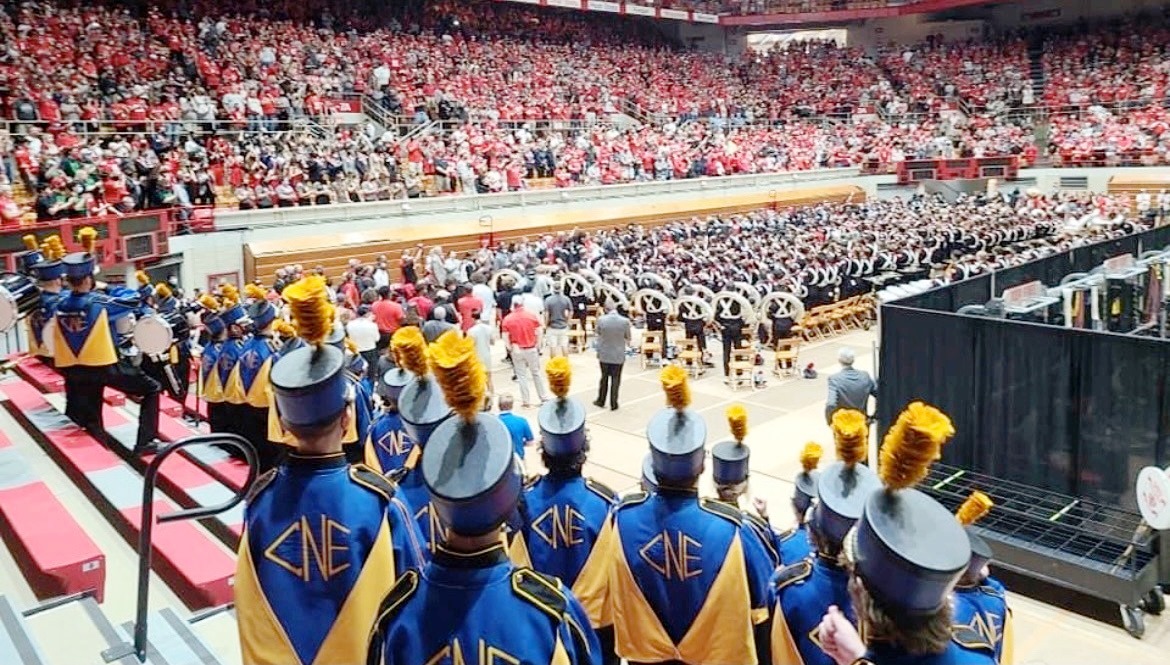 Classmate Scotty Williams plays trombone, and joined the program at the same time as Huff.

“It has been so fun to actually get back out with other bands with ourselves, perform, do our drills, and our band is almost the size of ones before,” Williams said.

Moore said the pandemic and remote learning took a toll on music program numbers. He estimates membership at about 75, down from close to 100. The last year was difficult, both musically and physically.

“We had a lot of injuries this year,” Moore said.  “And grading for band . . . it used to be if you missed an event, your grade got docked for that. And now I don’t know that I want to do that because it’s not fair for this kid whose dad has COVID, and was being responsible; was staying home. But should their grade be docked for that?”

Huff said she thinks she was able to improve her playing more.

“We’re able to practice more on the instrument part and we didn’t have as much drill because we didn’t do big convoluted drills with a small group or a small amount of people who don’t know what they’re doing,” she said.

Williams, though, said the time with directors and field commanders is important, as is the camaraderie with other schools.

“My favorite thing about it is the community is great, but I love to march on the field,” Williams said.  “I love drill. That’s my favorite thing. My favorite event was probably the Little Miami (High School) show just because we get to be there with all the bands. We get to talk to the other sections, high five them and actually hang out with them a little bit.” 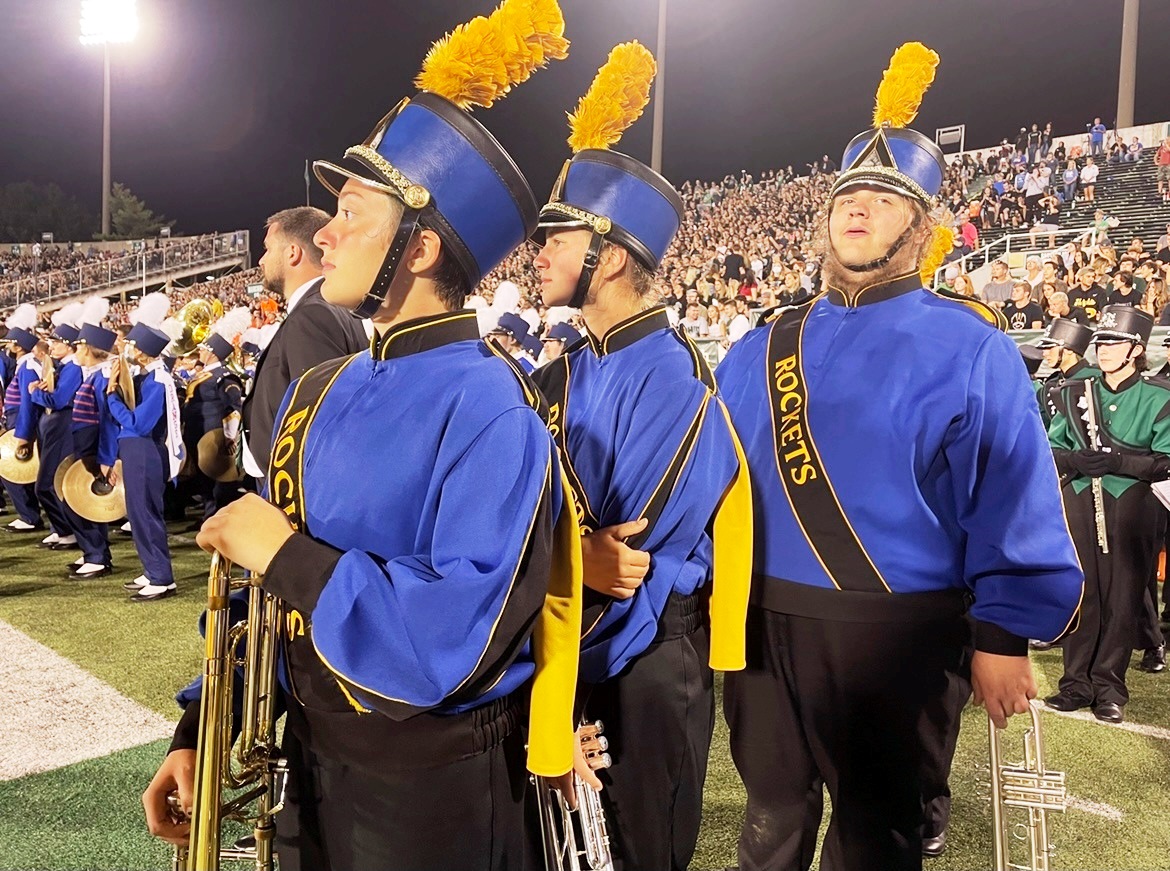 It may be a stretch to find positives from 2020, but Moore noted one.

“We changed the way we stretch. The band stretching has been the same since I got here,” Moore said. “I’d been kind looking at what some other (bands) do, and so we’ve moved to dynamic stretches which kind of mimic calisthenics and once we implemented those, this year, I think it helped a lot of kids.”

CNE musicians will march in the Clermont County Veterans Day Parade and the Miami Township Holiday Parade, and host a Christmas concert in December. They plan to return to Disney World in the spring for their semi-annual trip (they missed in 2021), and have applied for the Findlay Market Opening Day Parade. 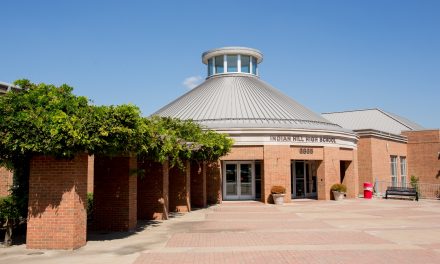 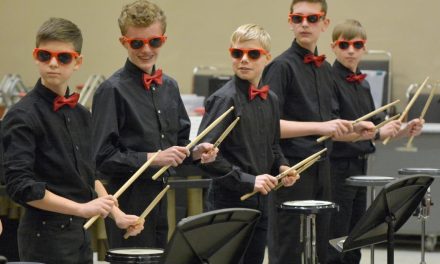 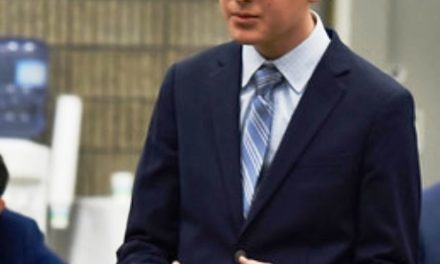