He is known far and wide, gone viral on the internet, and has been heard on local talk radio in Cincinnati. Sunday, November 10, Big John the Dancing Trucker brought his gift of dance to the streets of Loveland. Along with it he spread a whole lot of sunshine to the people out on Scenic Little Miami River Trail on a warm autumn Sunday.

Old Loveland Barber Shop invited the Dancing Trucker to share his love of street dancing with Loveland and raise a little awareness for their shop too. He raised some awareness alright. If people weren’t pleasantly surprised enough by the mild November weather, they sure found a pleasant surprise by the clock tower in Historic Downtown Loveland. No matter what their reaction was, with music in his ears and a smile on his face, Big John just kept dancing. 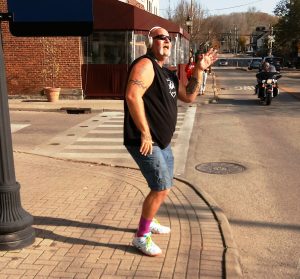 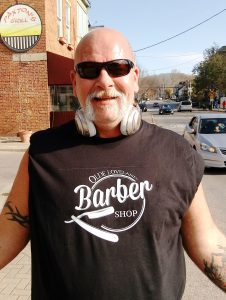 Nobody was just a bystander. The phones came out and video cameras were rolling in a hurry. Some people – especially the younger kids – began dancing right along with him. Oh yes indeed, there were selfies too. Big John the Dancing Trucker was more than happy to accommodate one and all. They came from along the trail, and they streamed out of the local businesses like Paxton’s Grill. Oh my, the people forgot about the food, the drink and even their favorite football team, to check out big guy dancing on the street in Loveland.

He’s from the west, west side of Cincinnati where he grew up. His given name is John Drury and yes, he is a trucker, but not over-the-road. He drives locally. He has a quite a story to tell.

The name Big John fits well on the man who stands at about 6’-5” tall and carries over 200 pounds easily. Yet, he moves nimbly while dancing. He’s been street dancing since 2017

“If I wasn’t here dancing for Old Loveland Barbershop, I’d be dancing in West Chester or Mason,” he said.

There’s a reason he’s out on the street sharing the love of dance. First of all, John Drury truly loves to dance. He wants to dance, but was not having much luck at auditions on the dance circuit. He is a spiritual man. It was that spirituality that sent him dancing out into the streets.

“God told me take your talents to the street,” Drury said. “Bring joy to the people.”

And so he did, for one warm autumn Sunday in Loveland, Big John just kept dancing and bringing joy to all who saw. Oh yes, he definitely has sunshine in his pocket. Apologies to Justin Timberlake for stealing the line. 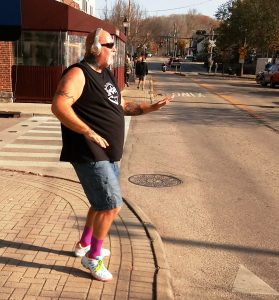 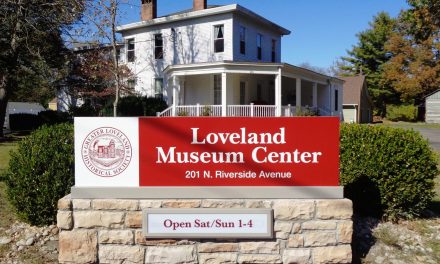 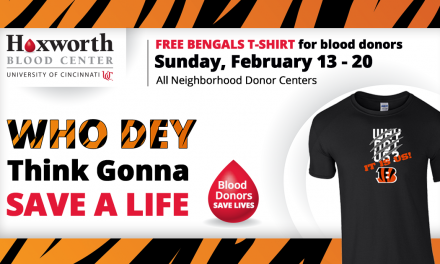 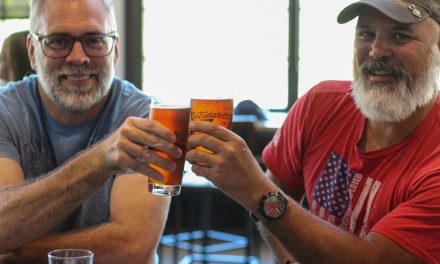 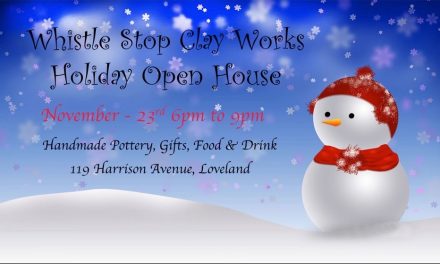