CLERMONT COUNTY, OH (January 26, 2021) – Alisa Racic needed to get out of the office on a cold winter day in mid-January. 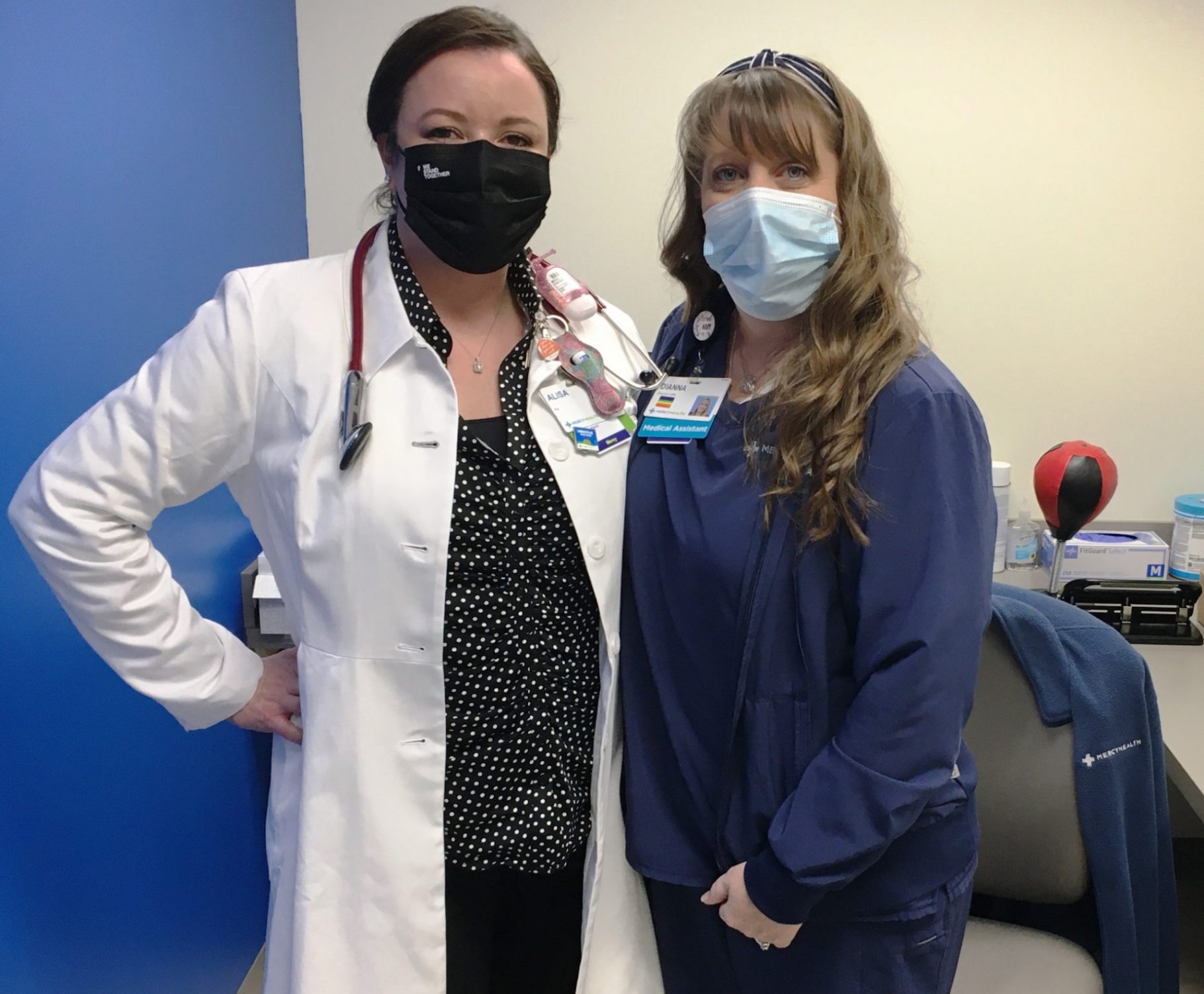 She went to take a walk around the Clermont Northeastern High School track and noticed a group of students playing a pickup football game. She decided to join, for a few plays anyway.

“Which I’m not sure the kids that were out there really loved, but that was really fun, and it’s just really neat to get out of your typical medicine pattern,” Racic said.

That moment, as well as any, sums up her approach to her job as the physician’s assistant at the Mercy Health School Health Center on CNE’s campus, from where she can see the stadium. Being involved in the community, with patients and non-patients, is a priority.

Racic, 39, has been at the center since mid-December. She attended Turpin High School and the University of Cincinnati, earned a master’s degree at University of the Cumberlands), has worked in emergency rooms and as an optician with the Gift of Sight program, in Romania, helping people there with eyewear. She decided she didn’t want to sell glasses for the rest of her life, but also didn’t want to be a physician.

“I intentionally wanted to be a PA, I didn’t want to be a physician because I would have more time with my patents, and I like that role as sort of a mid-level provider – we’re called an advance practice provider – gives you more time to spend with your patients,” she said.

A physician’s assistant is similar to a nurse practitioner – the difference being the type and amount of education. Racic can write prescriptions, put in sutures, and in hospital settings, put in central lines, perform intubations and reductions of fractures. She applied for the Mercy Health position at CNE, and during the interview process learned that she and High School Principal T.J. Glassmeyer had once worked together at restaurant.

“It was a full circle moment when I came in to my first meeting about this job and it was kind of funny. I felt that it was meant to be a little bit and I was meant to be here,” Racic said.

The school health center is essentially a two-person operation – Racic and Dianna Little, her assistant who works at the desk, answers the phone and performs various other duties. They do have backup from staff at Mercy’s other school-based health facilities. Little has proven invaluable, Racic said.

“Dianna is amazing. She’s had kids that live here at CNE. She’s lived in Owensville for like 20-some-odd years. She grew up on the west side and then moved to Owensville. But she’s amazing. She knows all the roads out here and she’s such an awesome asset. She’s a retired (firefighter), so we feel confident if anybody ever needs anything emergent while we’re here, we can take care of them, and if they need something non-emergent too, we can take care of them.”

Through her first month, Racic estimated, she was seeing about six patients a day – more community members than students, from newborns to 105-years-old. The weeks before Christmas are generally slow, she said, as people are involved in other activities. The center, which opened in September, has the capacity to treat up to 40 people per day.

Virtual appointments are available, and utilized often for anyone concerned they might have COVID-19.

“We can send them to a testing center that’s not on site. We don’t want to risk exposing our staff or any of the students to bringing a covid patient in the building. We feel like that’s the safest plan at this point,” Racic said. “That may change down the road to have rapid tests on site, but at this point, we feel that’s the safest approach to have.” 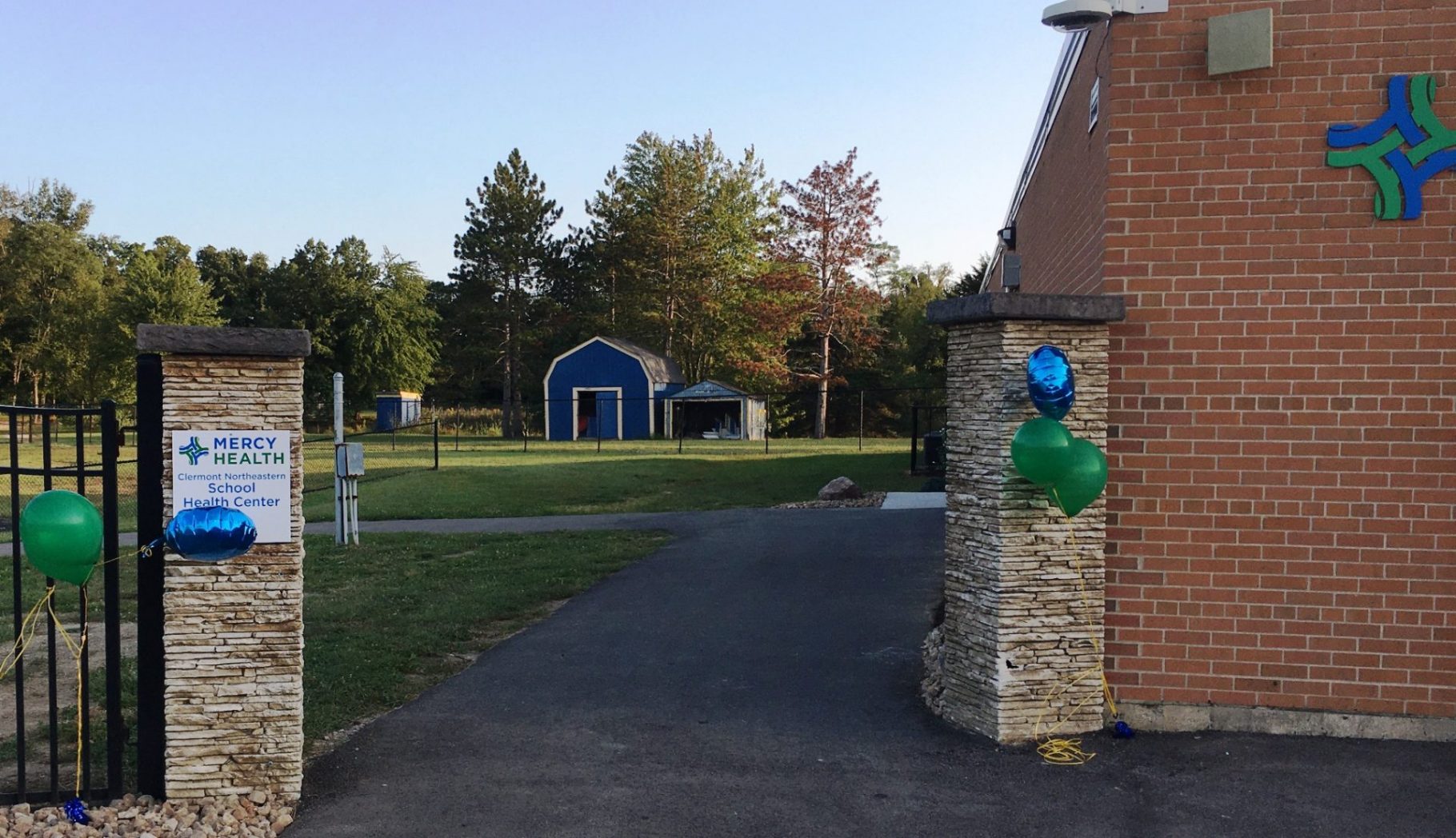 The school health center fills a void in the Owensville community. There is no primary care physician in the village, though Racic noted there is a dentist’s office and a veterinarian’s office.

The ability to follow-up with patients is critical, Racic said, both to individual and community wellness.

“We can talk about the impact it has on the actual medical system, but really it impacts the patients that live out here, so you think about not only does it make a difference in the kids’ lives, but they see grandma doing better because she’s taking care of herself, and they can see, it’s just the modeling behaviors that that makes, I think that can impact generations.

There is one downside to her new job. Racic has had to adjust to a slower pace than what she has experienced in emergency room settings, acknowledging that “it’s hard to sit still some times,” but welcomes the opportunity to brush up on clinical studies and other medical literature.

There also is the matter finding something to wear to work.

“And also having to dress like a grownup and not wear scrubs. I may go back to scrubs. Scrubs are much like pajamas. We’re getting to wear pajamas to work. That’s probably the hardest part,” she said. “And I think I’m awkward sometimes in grownup clothes, just because I’ve worn scrubs pretty much my whole life, so I maybe feel a little uncomfortable in my skin not wearing scrubs, but I’ll get there.”

“Scrubs” is also one of her favorite medical shows, along with “Grey’s Anatomy” and “House,” which she considers the most realistic of the three. She and her daughter, Tori, 16, often watch “Grey’s Anatomy” together and inevitably debate the realism of some of the scenes.

Racic also has a son, Bryan, 21, who lives in Lexington, Kentucky. He is her tech lifeline, helping with computer problems and questions. She is married to Greg Earle, and the family lives in Pierce Township, in the New Richmond School District.

The Mercy Health School Health Center is in the back of Clermont Northeastern High School, 5327 Hutchinson Road, with entry near the corner of the football stadium. Hours are 7:30 a.m. to 4:30 p.m. Monday-Friday. For information or to schedule an appointment, call 981-4170. 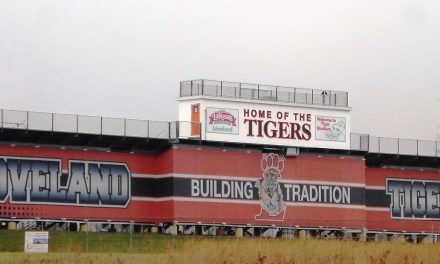 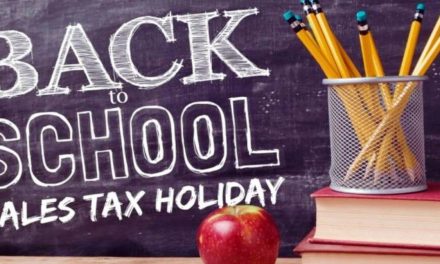 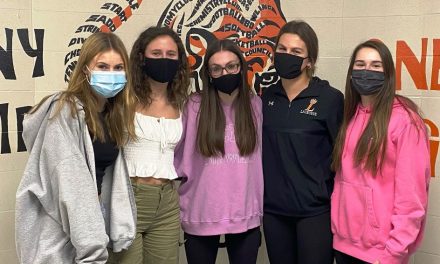 LHS students are “Redefining the Classroom”