LOVELAND, OH (March 16, 2021) – Automobiles start lining up in the Loveland High School (LHS) front driveway more than an hour before daily student dismissal. The double-wide line of vehicles waiting to pick up students frequently backs up onto Rich Road forcing other drivers to be stuck in stopped traffic in front of the high school. 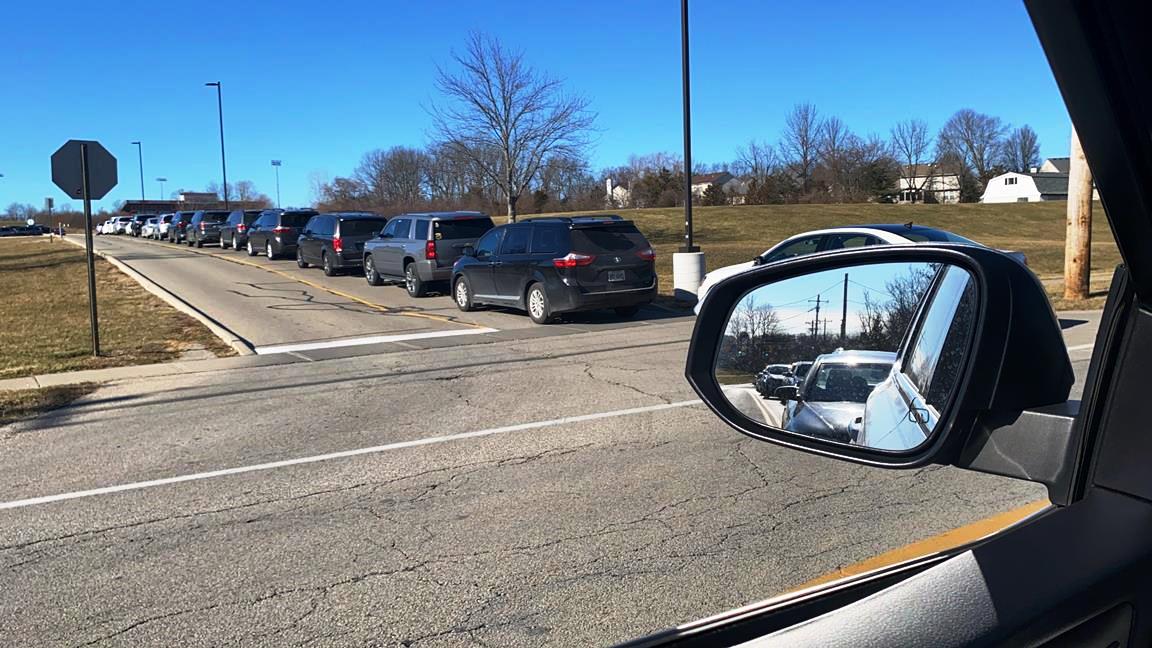 An LHS parent voiced concerns about the unsafe situation in a message to Loveland Beacon. Attributing the “car line” to the loss of busing due to the twice-failed school levy, Joanne Prater sent this email message about the “chaos” which she has witnessed daily while waiting in line to pick up her own children:

“Daily, the line to pick up the kids goes all the way to Phillips park. People start lining up at 1pm for a 1:45p dismissal. Causing multiple cars to be on Rich road for up to 20 minutes.

This imposes a danger to everyone on the road as people will try to pass the line and blindly pass cars. Lots of cars sitting in idle can’t be good for the environment. Then when the student drivers are released and students are walking home, it just adds to the chaos.” – Joanne Prater in email message to Loveland Beacon.

Prater made a good point about the potential dangers of cars passing other cars (left-of-center in oncoming traffic lane) to avoid being stuck behind vehicles waiting to turn into LHS drive to pick up their kids. She also aptly pointed out the added risk once students/student drivers are released. 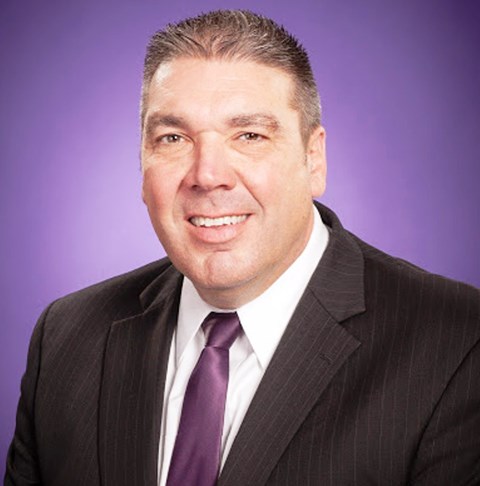 In a phone conversation with Loveland Beacon, Superintendent Brad Neavin acknowledged awareness of the situation.  He cited a plan for student pick up which was previously communicated to parents – even before he assumed the role of superintendent.  LCSD business manager John Ames has addressed solutions to the problem. It is their belief the solution may lie in better execution of the existing plan. Subsequently, Mr. Neavin had a conversation with Prater discussing possible alternative solutions.

“He’s aware of it,” said Prater. “His first day, his first meeting was at the high school, so “he” knows. We had a very good and productive conversation. We discussed solutions. We talked about staggered release; we talked about where we could pick kids up at other locations.”

Prater had that conversation with Neavin by phone on Friday, March 5.

“It was a great conversation,” said Neavin. “She gave me some good information I didn’t have. She has the perspective of being a person sitting there in the car line. We brainstormed some solutions all of which led back to John Ames because he is our business operations guy.”

Neavin said he would follow up with John Ames. He also asked Prater the question: If everybody followed/obeyed the rules, would that help?  At the time, she said there would still be problems. On the following Monday, March 8, the car line was a different experience for her.

“It was probably the quickest car line I’ve ever experienced,” Prater explained. “The resource officer, (LHS school resource officer Jesse Moore) God bless him, super nice guy, was out there. All these cars had spaces between them. He had all the cars pull up, and I swear 10 more cars were able to pull up to get more cars off the road which ultimately helps solve this problem.”

Prater says Officer Moore keeping the cars moving and students on the sidewalk helped too. All Officer Moore did was direct drivers to do exactly what the written and diagrammed plan calls for them to do when picking up students at LHS dismissal. The plan was developed through a well thought out process last summer before the school year started.

“We went to the high school before school started with Loveland Police Chief Sean Rahe and LHS Principal Peggy Johnson,” John Ames explained. “We laid out the best way.” 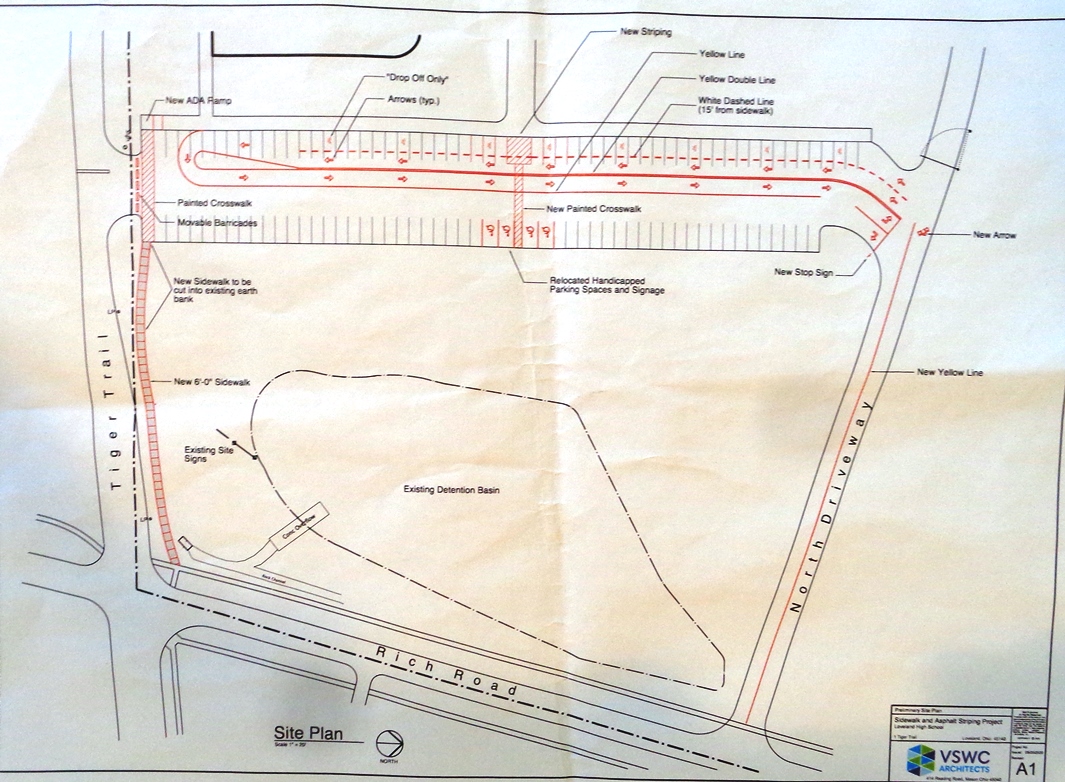 The drawing of the plan calls for vehicles to make a left turn onto the North Driveway from Rich Road proceed single-file in one lane until making a left in front of the school where they can split into two designated lanes proceeding toward Tiger Trail and the new student sidewalk where vehicles, after picking up their student, will then loop around single-file retuning to exit via the North Driveway back onto Rich Road.  NOTE: Tiger Trail is for student drivers to exit from the parking area behind the school, it is not meant for parents picking up students.  Ames made reference to a similar plan utilized for student pick up at LMS/LIS which I have personally observed parents follow to the letter with no back up issues. The key seems to be the very point Neavin and Ames make about the current plan working if people just follow the plan. 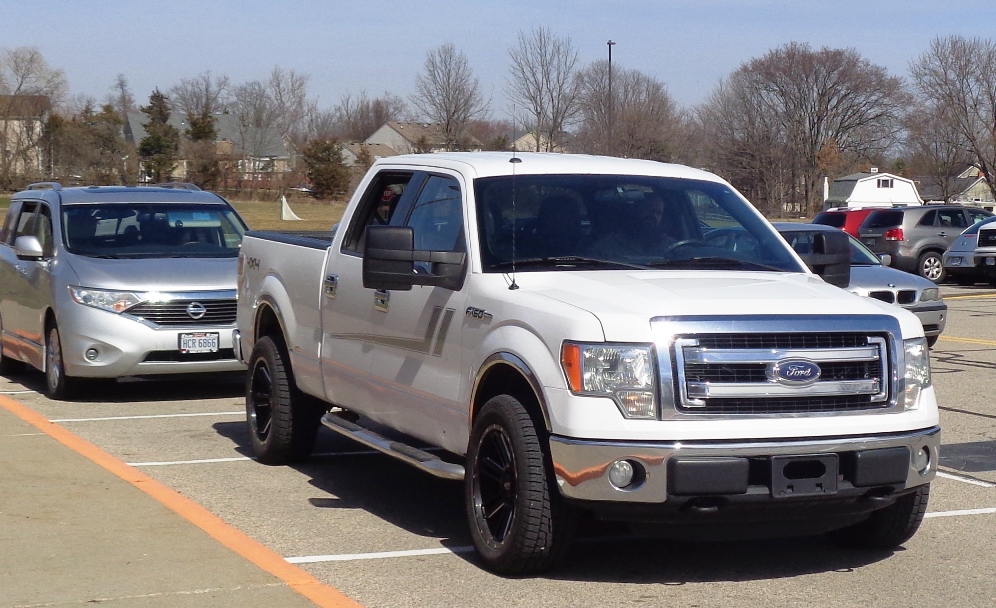 “To Brad’s point, people need to do what they’re supposed to do,” said Prater, “and not cut and not take up multiple car lengths. I just felt like he was very much aware and had ideas and solutions. I very much appreciated him being on the same page. The fact they were already giving me solutions and asking if I had any ideas, that exceeded my expectations.”

Prater was pleased with the fact Ames and Neavin were already aware, addressing the situation and listening to her solution ideas. They went beyond her expectations.

“He (Neavin) gave me a good 30 minutes of his time,” Prater said. “That’s all anybody wants is just to be heard.” 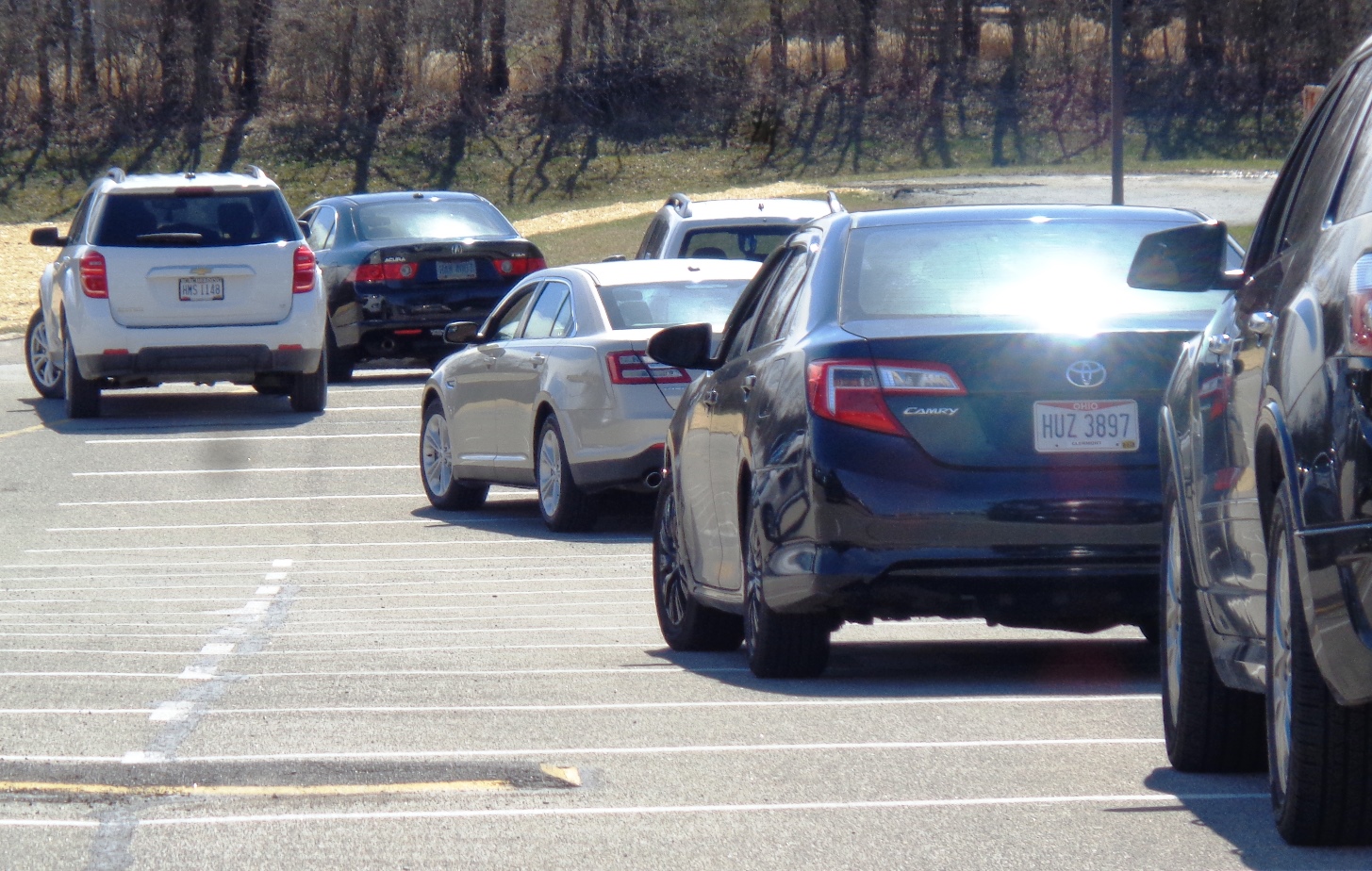 After talking, Neavin and John Ames planned to get together to discuss what options they might have.

“I don’t know about scheduling or staggered release times,” Neavin said. “We just don’t know if that’s possible, or not. We’re working on it. It’s a tough one.”

They are working on it. In fact, John Ames met me at LHS during dismissal time on a recent afternoon. What we witnessed together was several vehicles arriving on site well ahead of the appointed 1:45 p.m. dismissal time. They were not lined up in an orderly bumper to bumper fashion, but

rather spaced out in strategic positions to suit their own quick exit plan as the students are dismissed. That’s the problem. The spacing causes a longer line and creates a backup of cars onto Rich Road resulting in a chaotic situation. Not to mention the unnecessary early arrival and wait period.

‘It will work if people try to do what they’re supposed to do,” Ames said. “The problem is people start jockeying for position.”

When people don’t follow the designed plan, cars back up onto Rich Road like this (Chuck Gibson)

On that recent afternoon with John Ames, I observed vehicles arriving early, even over an hour before dismissal (the first was there at 12:30 p.m.) and back traffic up onto Rich Road. John began walking through the staggered line of cars and directing them to move forward, closing the gap and allowing more cars onto the school drive alleviating the stopped traffic on Rich Road. Officer Jesse Moore joined in just as the students began to dismiss. Like a maestro with his orchestra, Moore began directing the students and the vehicles safely and smoothly through the pick-up process. Before it even began, he said it would all take just nine (9) minutes. Truth is, when it was all said and done, the last car drove clear within just six (6) minutes. It was smooth as silk and went like clockwork. 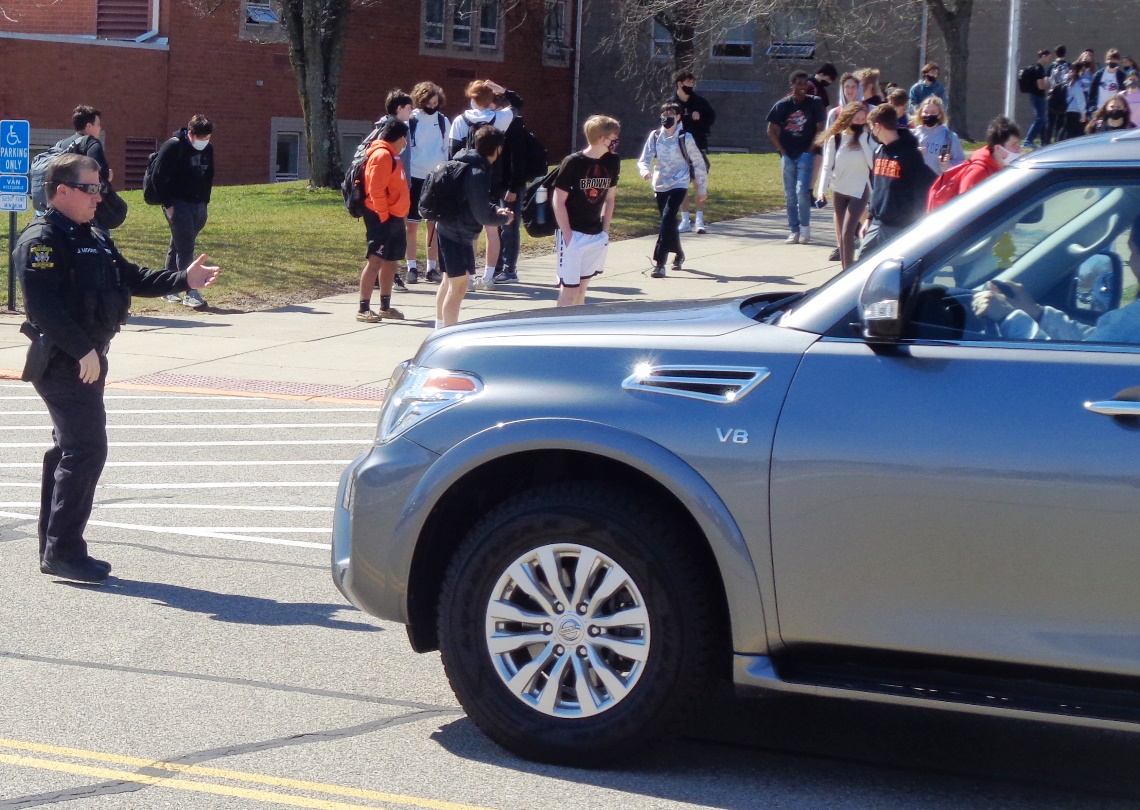 The Maestro, Officer Jesse Moore, directs the traffic like an orchestra and all is clear in just six (6) minutes (Chuck Gibson)

Observing the process left this reporter asking: People, why are you arriving early when you can arrive right at dismissal time ease through an orderly line and drive away with your student, or students tucked safely into your vehicle?

“We have the solution, we think,” said Ames. “We just don’t know if we have the staff available (including Officer Moore) to ensure it works.” 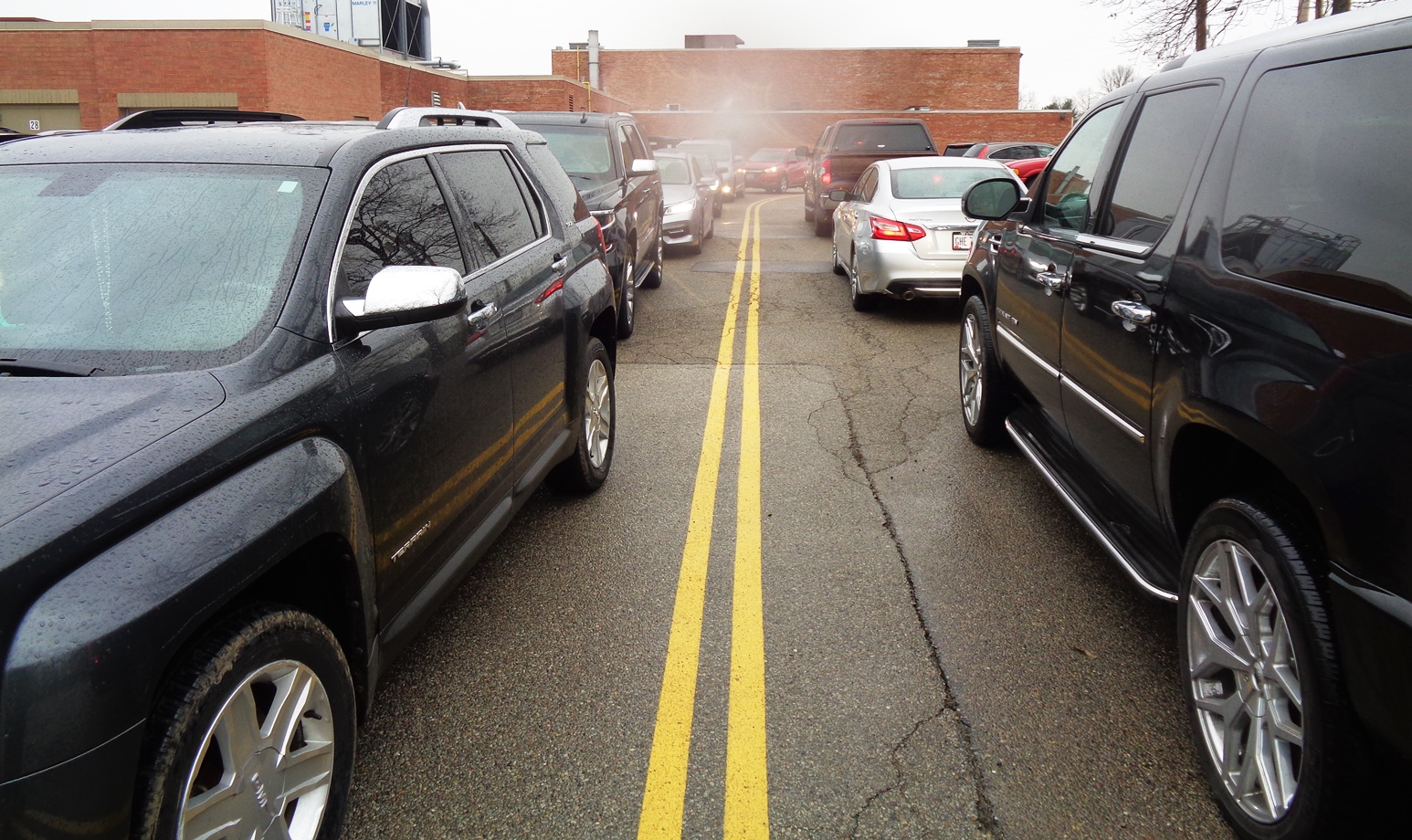 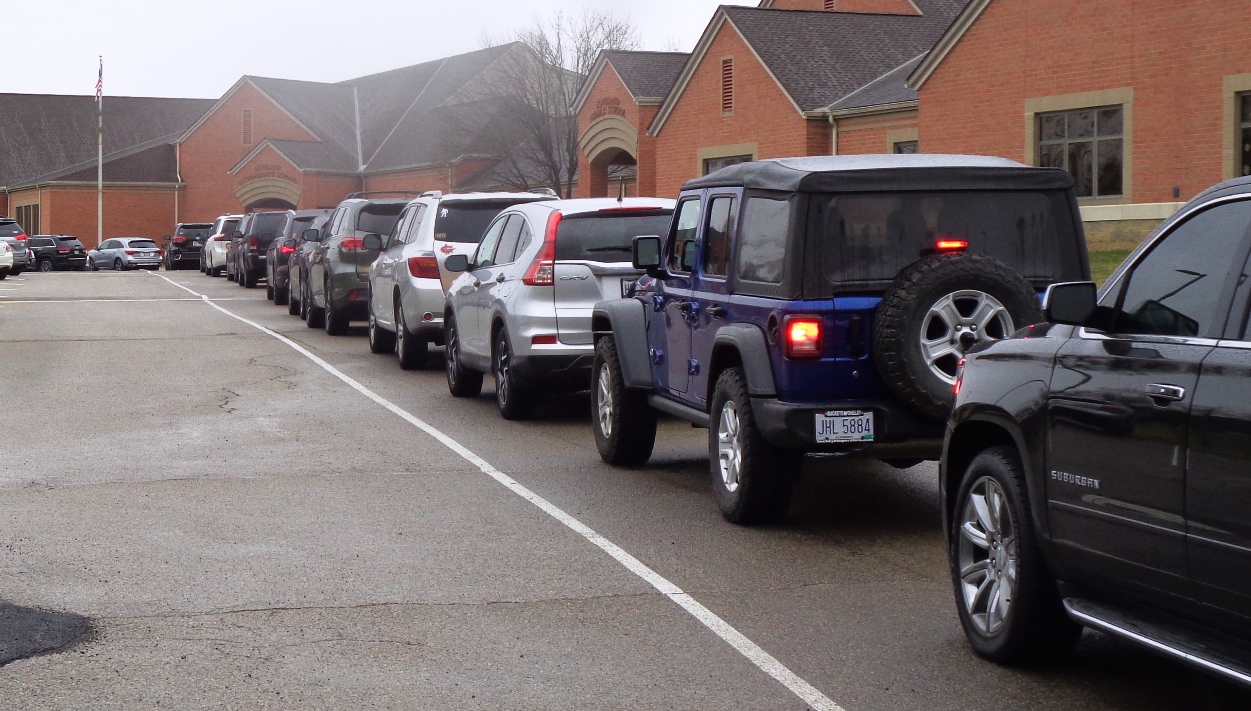 Superintendent Brad Neavin is still looking ahead to next steps toward the best working solution. He want to meet with the School Resource Officer and with John Ames. They could tweak the plan to help alleviate the problem some for the remainder of this year. A better plan could be developed for use beginning next school year.

“We need to talk to Jesse (Officer Moore), said Neavin. “We may do what is workable for this year with the idea of developing a better plan for next year.” 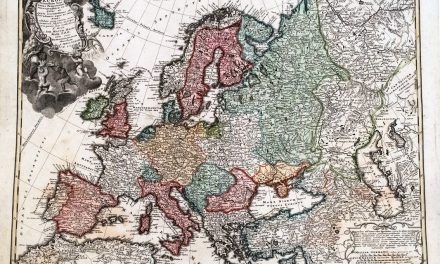 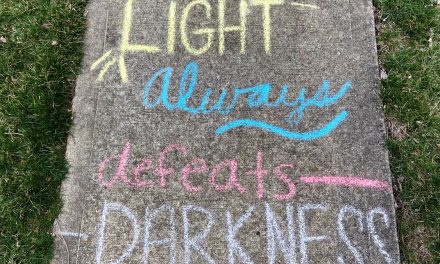 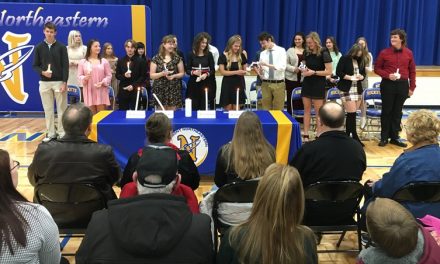