HOME IMPROVEMENT: Spotlight on the Carr’s of Loveland 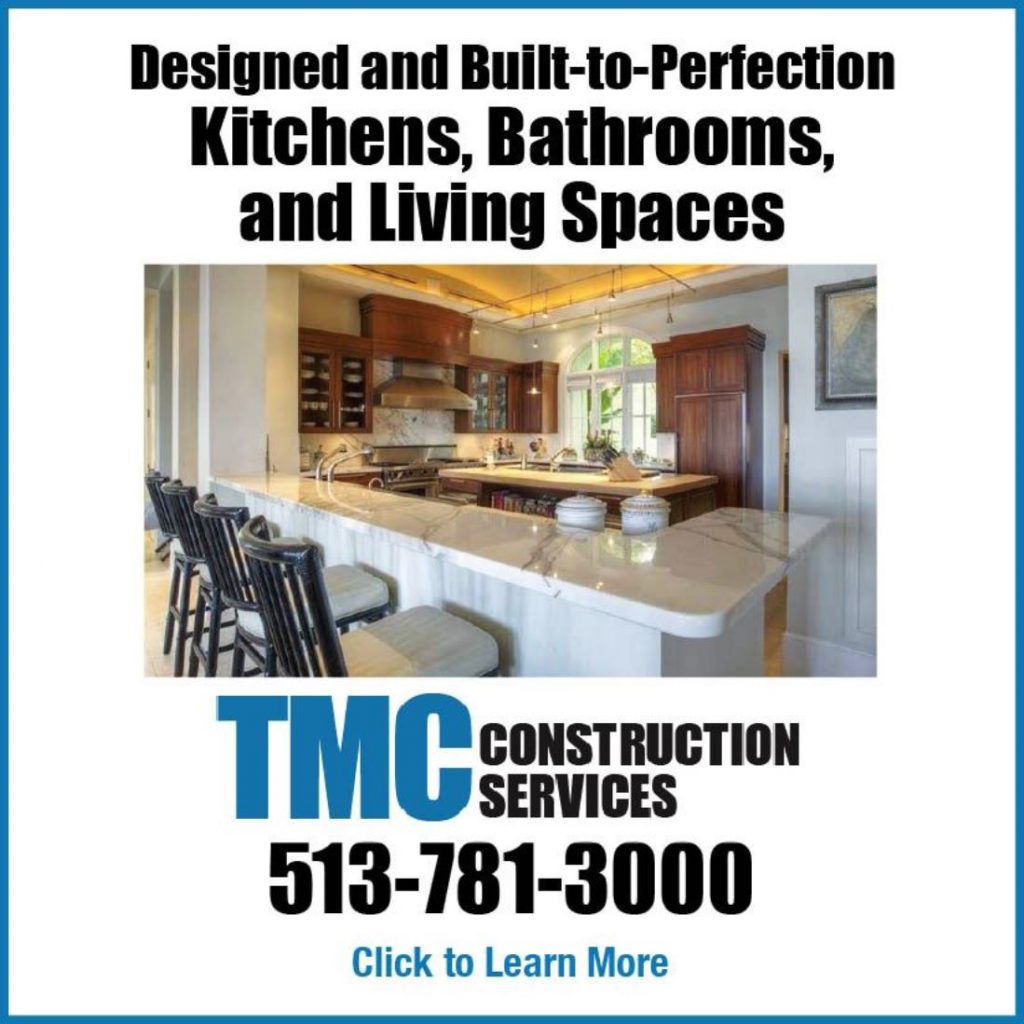 The Carr’s had lived in their home for nearly eight years and decided it was time for some upgrades. For them, it began with second-floor bathroom renovations;  including the Master, “Jack-n-Jill”, and a guest bathroom. That was the first project (3 bathrooms) which was followed by renovation of Scott’s home office (call that #4) motivated by the sudden need to work-from-home resulting from COVID. As summer 2021 was fading away, finishing touches were being completed on the fifth project (#5) – a backyard outdoor oasis for summer fun and completed in time to enjoy the arrival of autumn 2021. Five projects, one after the other, inside their home and outside their home speak volumes in testimony to the quality of work done by TMC Construction Services for the Carr’s.

How did you choose TMC in the first place?

“We had neighbors; good friends of ours used them for their kitchen,” explained Kristen. “She said how professional they were.  Trustworthy, timely, you name it, they were there for her.” 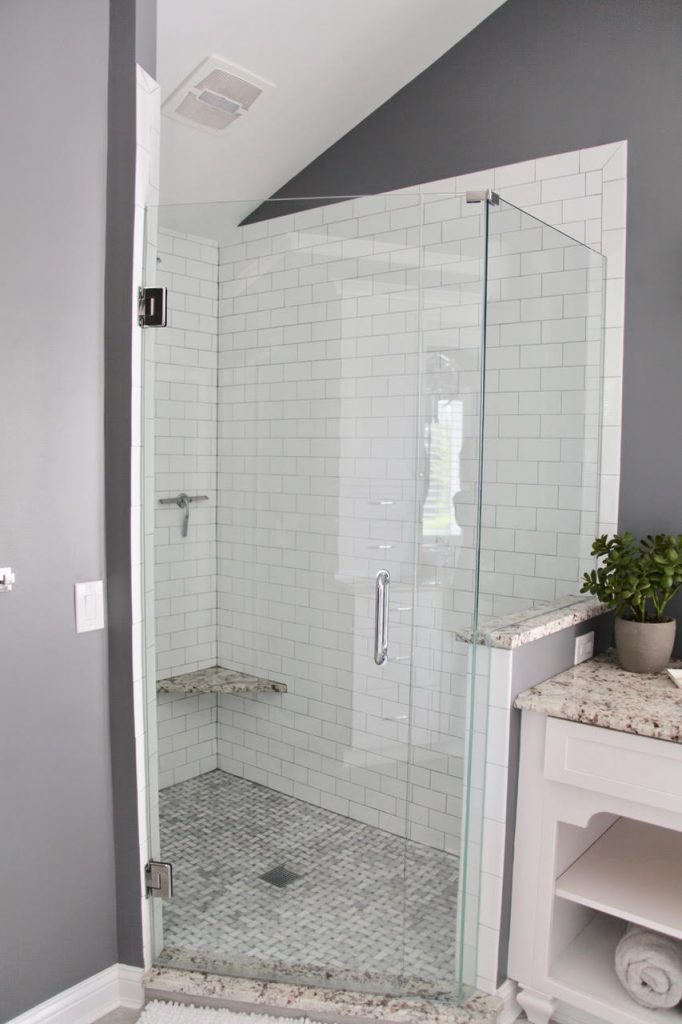 Stand up shower in the Carr’s TMC renovated bathroom. (Provided)

Cost was certainly one of the considerations, but the Carr’s were looking for more. Trustworthiness was very important to Kristin.

“I had three little kids at the time. Scott was travelling a lot,” Kristin said. “I just wanted to be able to have somebody that was going to be in my house for the next three months, and trust them in my home. It’s a big deal; it really is. They were very professional. There was never an unprofessional word. Never once were they unprofessional. They were just so organized. Those were just very important to me.”

Brian Martin and his TMC Construction Services team of Frank and Ben was not the only contractor option considered by the Carr’s. When they decided to renovate those three bathrooms, they talked to more than one contractor about the work they wanted done.

“We had at least three people we spoke to about doing the bathrooms,” said Scott Carr. “Brian came out and upfront said: ‘My reputation is important to me. He laid out, before he ever talked about any hammer or screws he would be bringing into our house, we may be more expensive. Here are the reasons why. It’s the quality. It’s what we’re going to do. We’re going to work with you.’ He was just organized, buttoned up.” 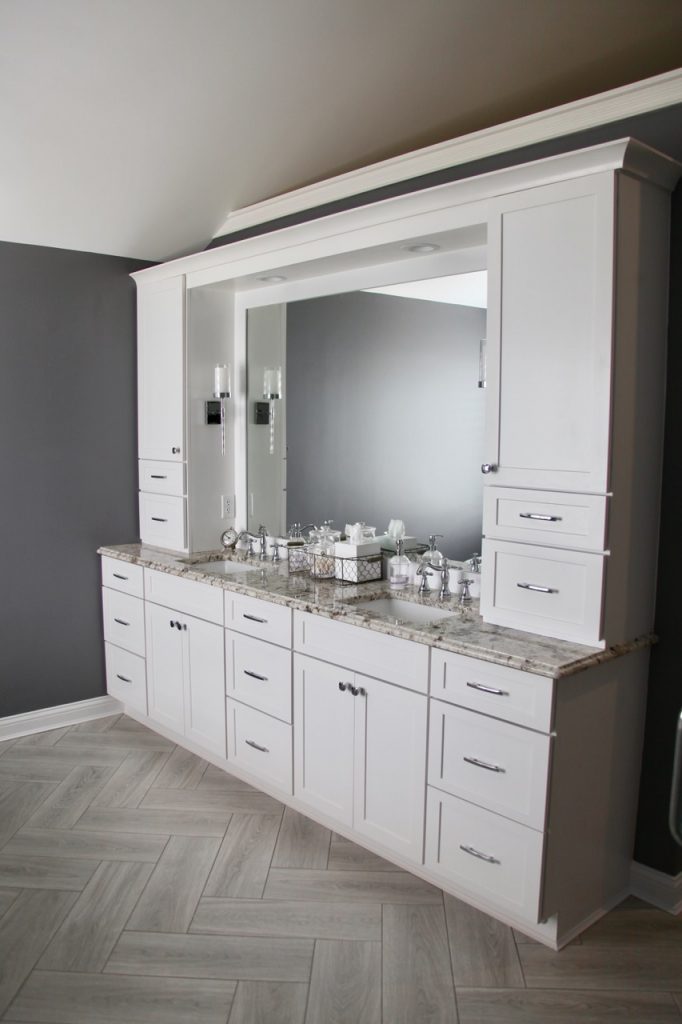 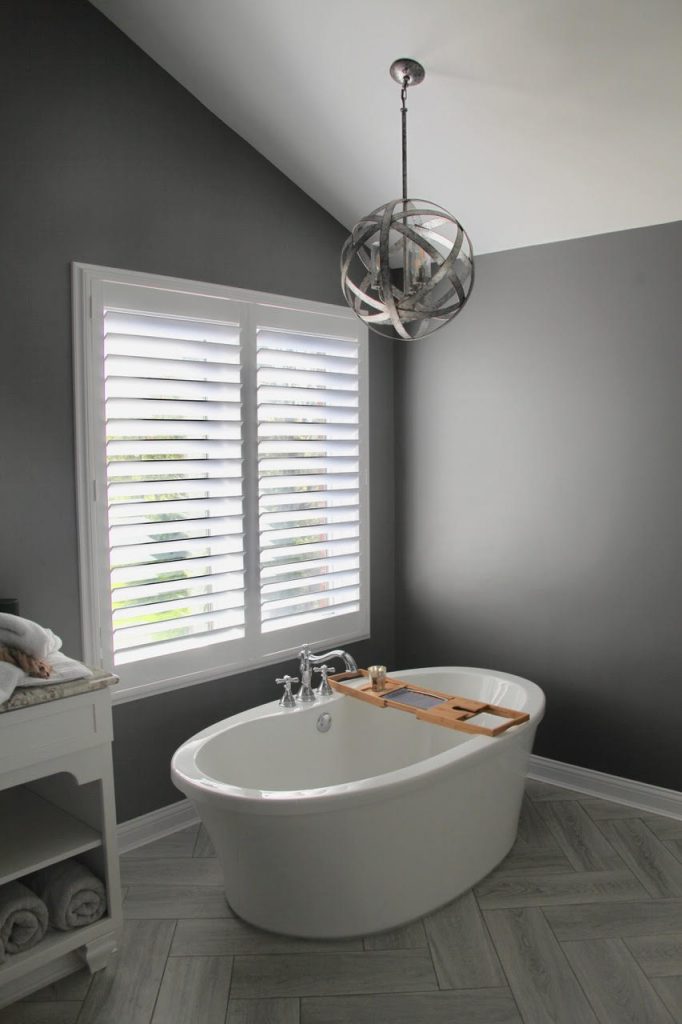 Living in the home with three kids and her husband on the road, it was important to Kristin and Scott to know their house would still feel like home at the end of each day during construction. They understood there would be dust, but were assured by Brian his crew would be able to clean that up. To the Carr’s, those variables were worth paying a little more. 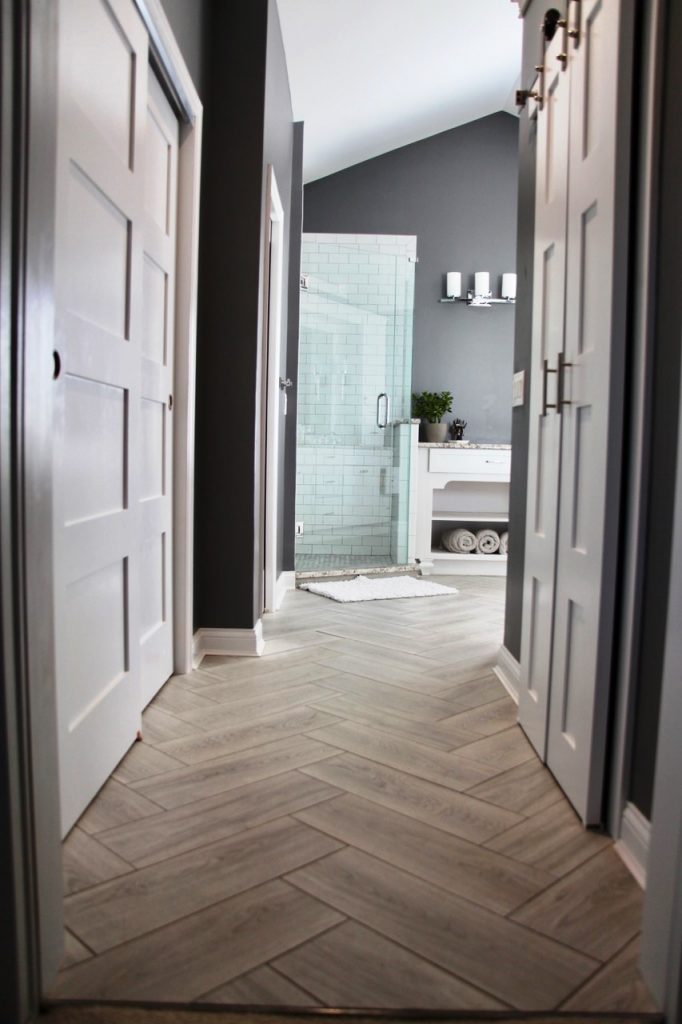 “He made it a point with Kristin to share they would clean up at the end of every day and we wouldn’t know they were there,” Scott explained. “They walked their talk through the project. I was travelling – it was pre-COVID – there was never a day I came in on Friday and had to ask: What just happened in here? Everything was clean, it was immaculate. It became a no-brainer if we were going to do another project.”

Kristin recalled the start with all three bathrooms gutted and renovated all at once. It was enough to bring tears to her eyes. The TMC crew reassured Kristin with their simple motto: It has to get worse before it gets better! After it was done, and the Carr’s “lived a little”. They were more than satisfied.

“I wanted an oasis in my bathroom and I got it,” said Kristin. “Very peaceful.”

Scott Carr was equally pleased with the work done on the bathrooms.

“It exceeded the expectations,” said Scott. “You can put a drawing on paper and show pictures of previous projects, but when it is yours . . . and that ‘Aha’ moment of okay, this was worth the however many weeks, this is what we thought it was going to be and it exceeded it. The Master Bathroom especially exceeded the expectations for what I thought the project was. I think the greatest compliment you can give somebody is, without hesitation, a recommendation.”

Inviting the contractor to come back for your next project may be just as good as a recommendation; maybe even better. TMC exceeded expectations on the three bathrooms and Kristin was ready to move on to the next project. By then, COVID had Scott working from home more and renovation of his office was an obvious choice. TMC was their choice to create a good comfortable working environment for Scott’s home office. There was a comfort level established , not only with TMC, but also with any contractors Brian might choose to use. 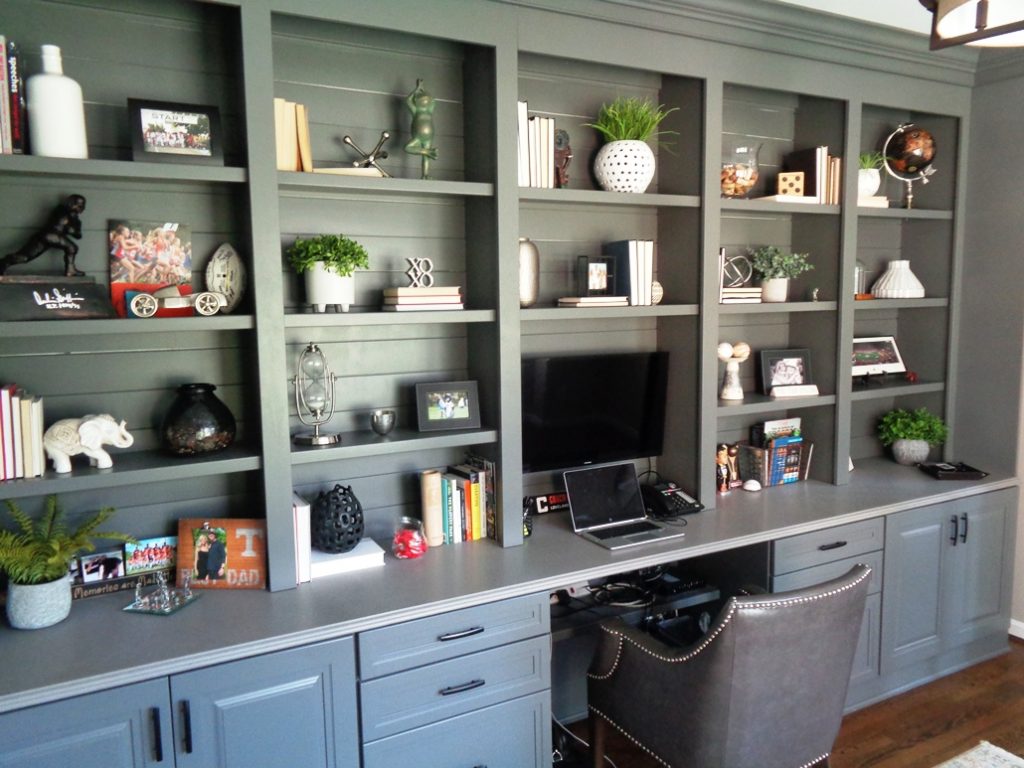 Office renovation done –mission accomplished. With COVID keeping the Carr family at home more than ever, they decided on another project. They had what they wanted inside their home. They love living in Loveland, have no plans to go anywhere. Upgrading their outdoor living was the obvious choice.

“We can’t get what we now have inside anywhere else unless we build, so let’s work on the backyard,” Kristin said. “We had Brian come over. We knew they did outside work, but again, they exceeded our expectations of what we wanted. They talked us through everything.” 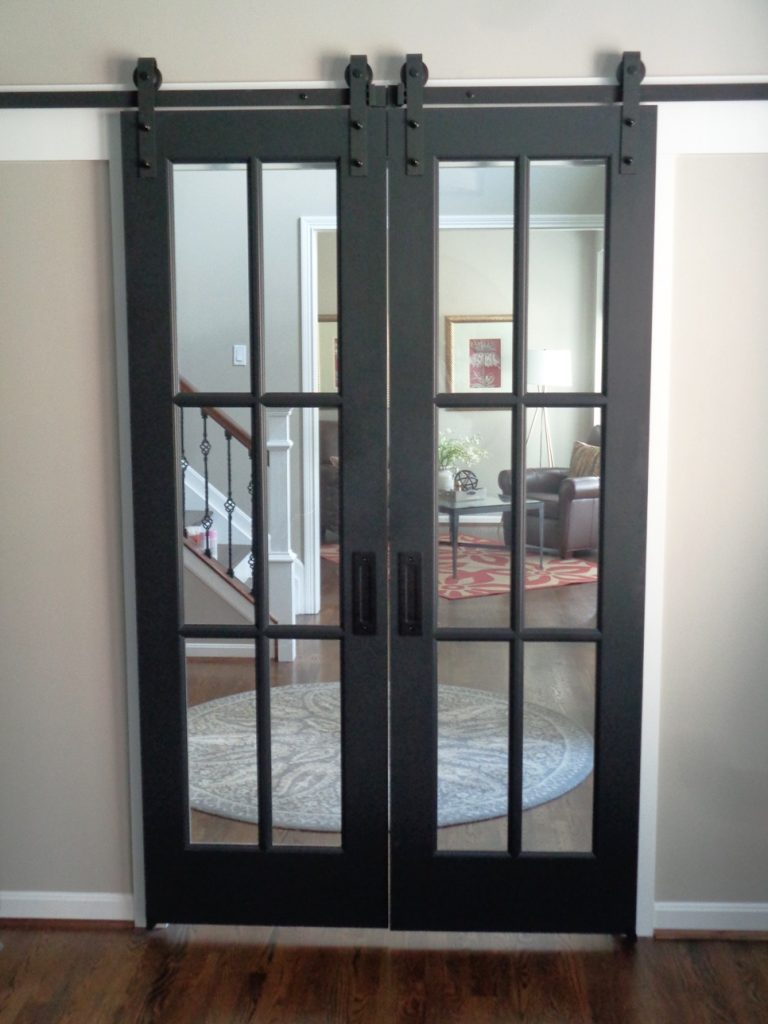 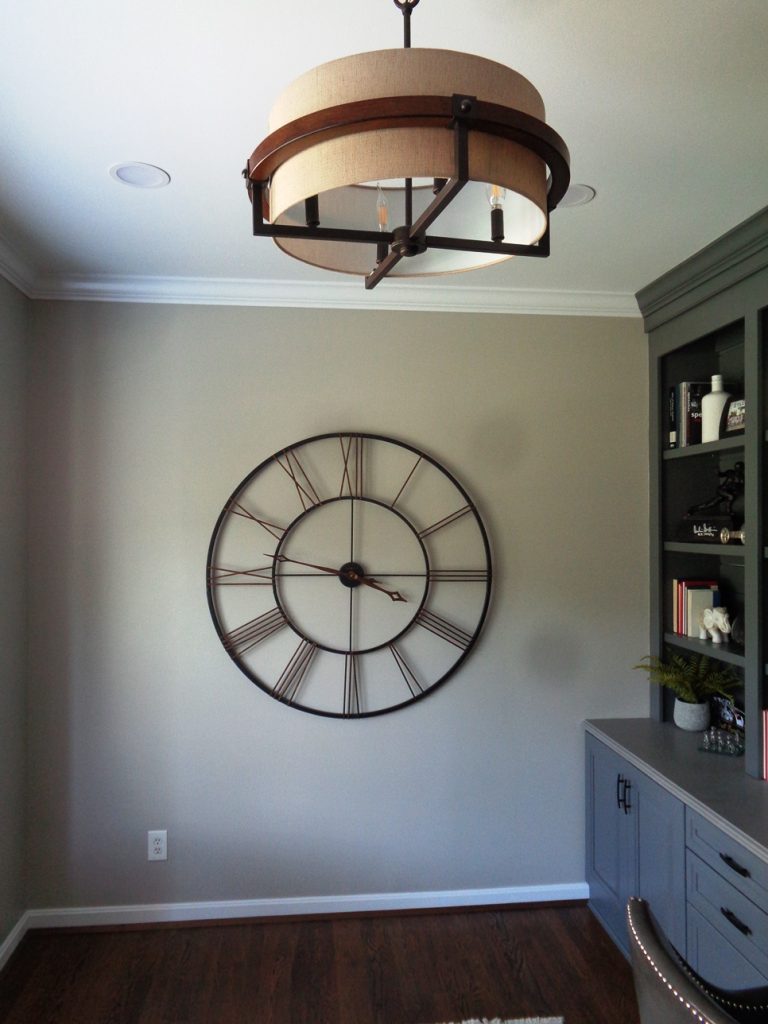 That included highlights of their new outdoor living oasis like a custom outdoor kitchen under roof. That was a big change. Originally, that was going to be a pergola, but that was one of many changes Kristin and Scott challenged TMC to make during the project. Brian, Frank and Ben talked them through it and made the changes seem smooth and easy. 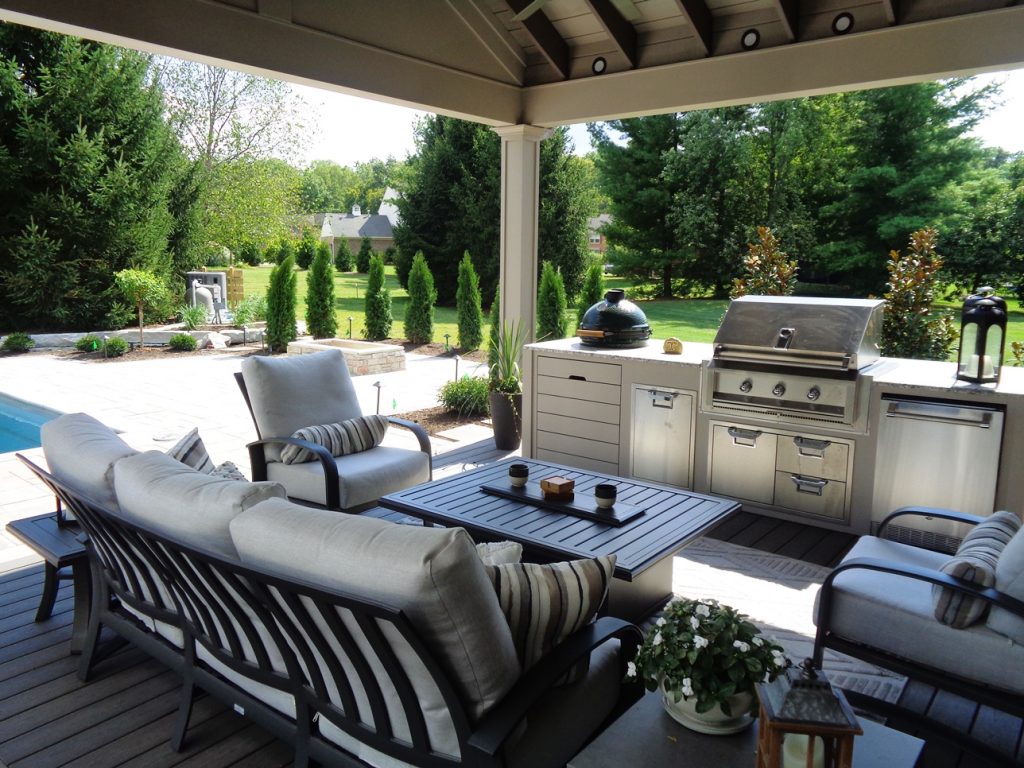 “They were very patient if I changed my mind; which I did often,” said Kristin. “Ask Brian (Brian Martin, TMC owner) He was so patient, and Frank – kind of Brian’s go-to guy. They were just so patient with the changes we would make. They do this all the time, but for us, this was a new process for us.”

Scott points to communication as the key, especially for the changes.

“It starts with communication. They took the time to understand at the start what it was we wanted. It’s important,” said Scott. “We always would go back to that when there was a change (Well Scott why do you not want this?) Then we would talk about it. 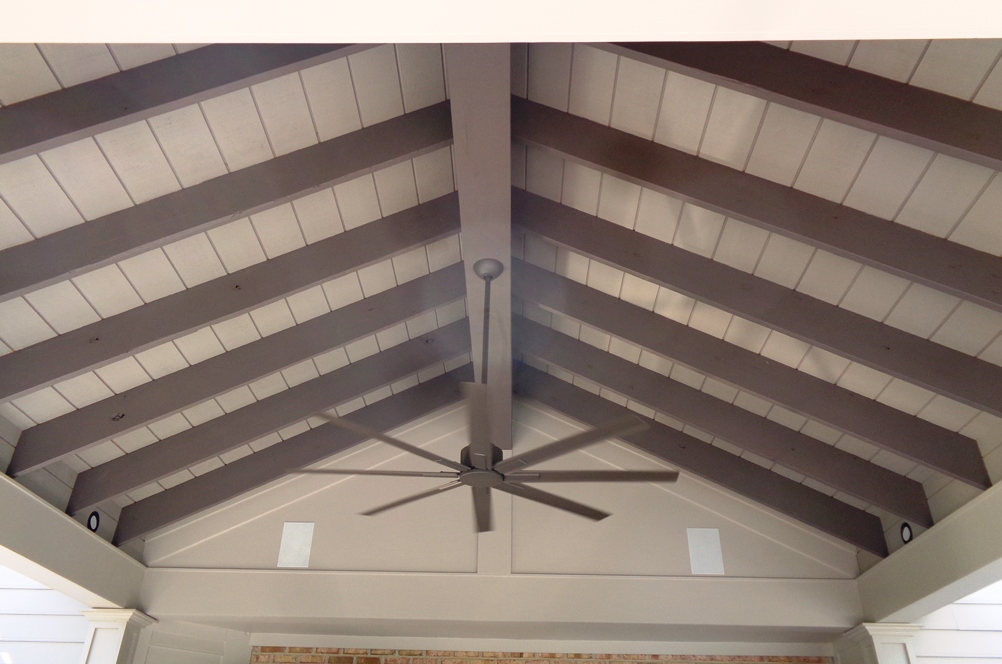 From planned pergola to custom ceiling, this was the biggest change (Chuck Gibson)

They kept an ongoing dialogue. It was open communication and understanding of what the Carr’s, the customer wanted to accomplish. TMC used their experience as a quality home improvement service to guide the Carr’s along the way. At the same time, they never steered them away from what they were trying to accomplish.

“They became like family,” Kristin said. “We have done a lot of other things with this house – carpet and floor people, and that has never been the case. That says a lot right there about the company, about Brian and the people he hires as well.”

TMC was so much like family when a pipe burst in the basement while Scott was away on business, Kristin called Brian. It was a Saturday in February and his team of Frank and Ben were on another job. No matter, Frank was in the Carr’s driveway in about 15 minutes, found the problem and fixed the broken pipe. Scott says Brian told him: “Hey, we are family.”

“They did not have to do this for me,” said Kristin.

They did that and then they came out 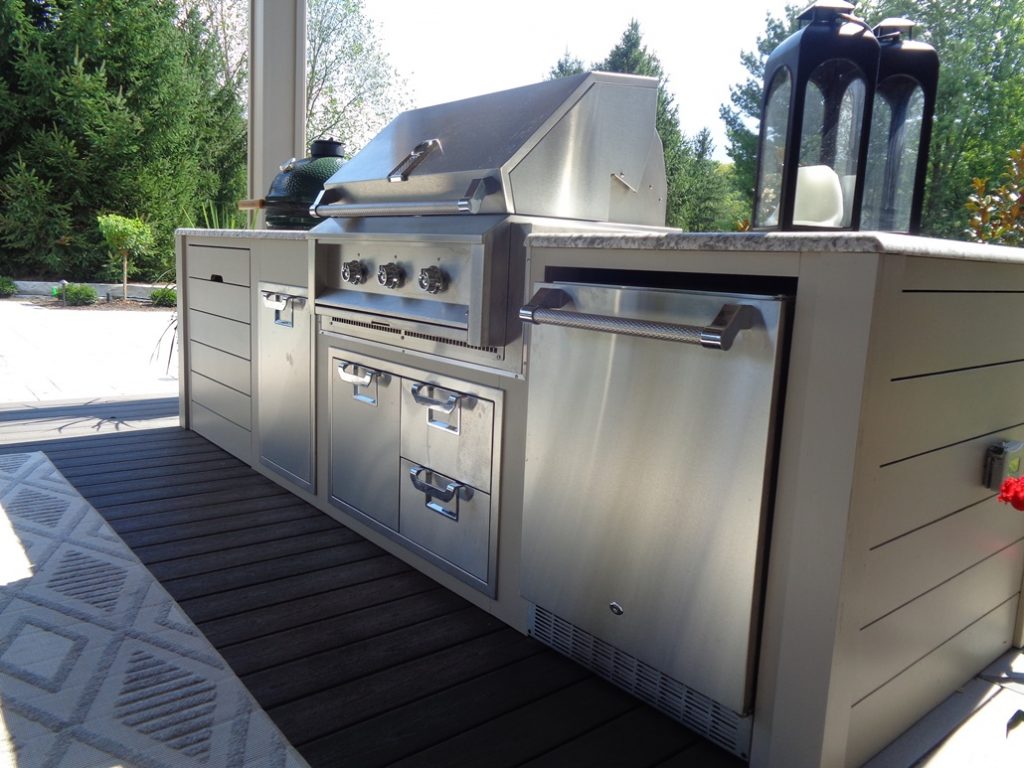 “The highlight? It’s really the kitchen,” said Scott. “I love cooking. WE love cooking and just doing the grill, the egg and Ben customizing that build. He went on his own and measured the Green Egg specs so it would be a perfect spot for it. He bought the outdoor appliances for it – he custom-made all of that. When it finally all went in, that was it. The first couple times cooking on it, that was the: this is why we did this. Kids jumping in the pool, serving the neighbors burgers, steaks whatever we’re doing.” 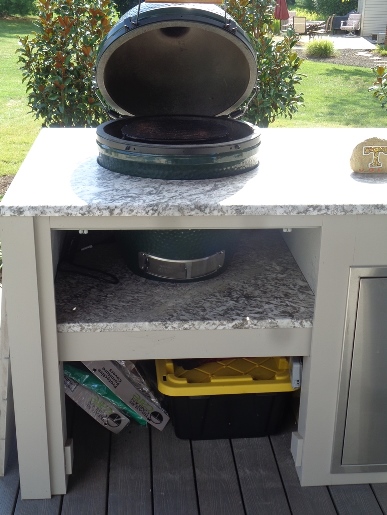 Kristin says that is exactly what you get with TMC Construction Services. You get custom design, quality craftsmanship and stay within budget. Even with changes, TMC kept the Carr’s informed and there was never any question where they were with the budget or supplies.

“I know what kind of company they are, and I will recommend them,” Kristin concluded.  “But I want them available for my next project.” 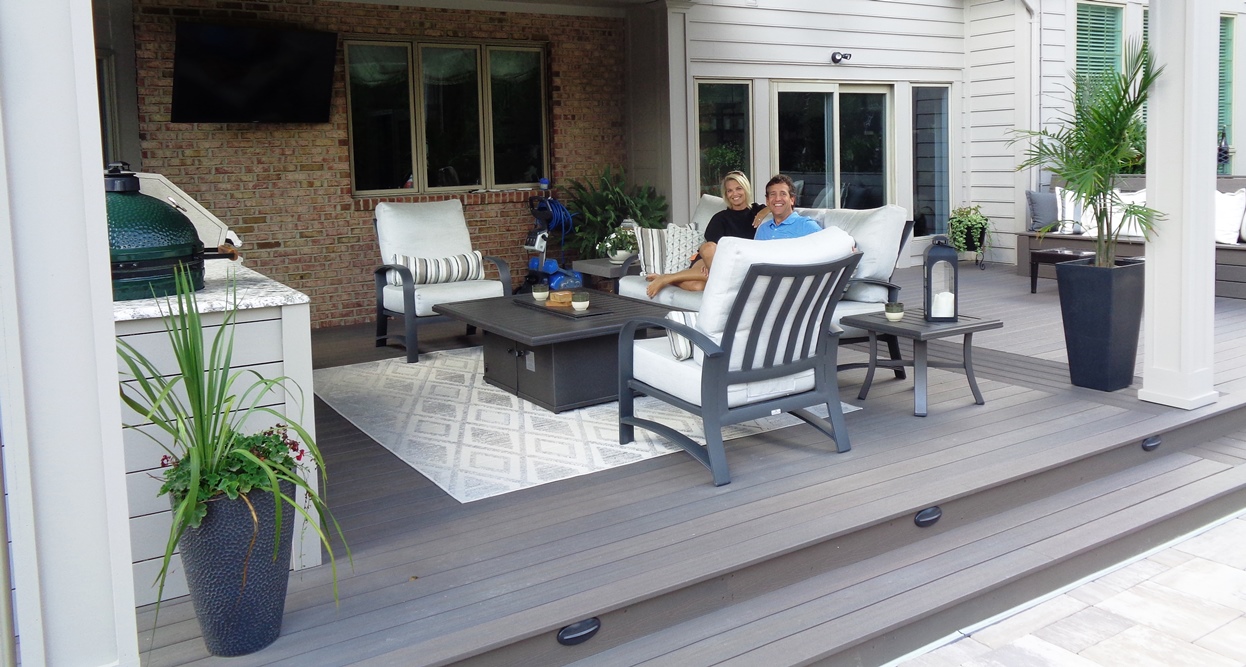 For all your home improvement needs. 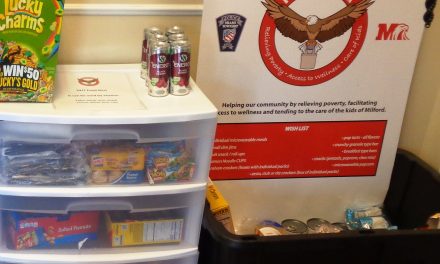 It is Food Bag Pick-Up week 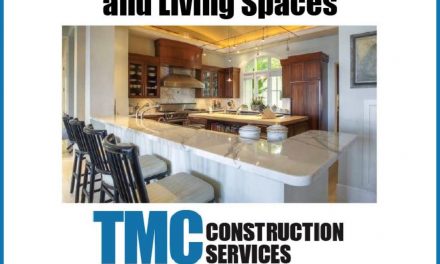 Who murdered the home remodeling industry? 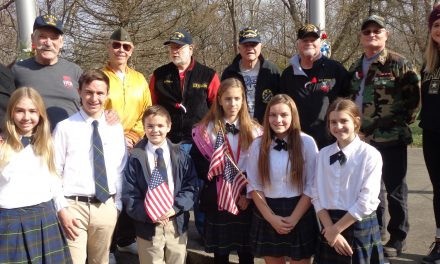 UPDATED TO INCLUDE ST. cOLUMBAN VIDEO – Honoring our Military Veterans on Veteran’s Day 2020 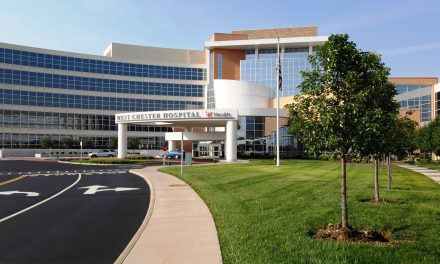