New members shine during ceremony at

Members of Clermont Northeastern High School’s NHS chapter demonstrated a fifth during induction ceremonies at the high school Dec. 3 – adaptability. Ceremonies include a candle lighting – one representing each of the four pillars, and a fifth from which inductees light individual candles. The scholarship candle proved a challenge. It wouldn’t light, and then began leaning before ultimately falling over. Students simply laughed it off, improvised, and continued the program.

Twenty-one students – more than in 2019 (12) and the spring of 2021 (six) combined – took the NHS oath. The induction ceremony is highly structured. Inductees marched into the school’s gymnasium, down the ramp at center court. CNE National Honor Society President Livv Amann introduced and welcomed them; then spoke about the four pillars of NHS.

Faculty advisor Steve Thompson attributed the increased interest in part to the quality of the school’s junior class.

“Our junior class is quite special. There were a lot of applicants. We had 34 applicants and the criteria to meet all of a sudden became a challenge to look at, who was going to be in,” Thompson said. “We had kids that were working on senatorial campaigns, we have kids who have donated time working in soup kitchens and all kinds of stuff to look at. It wasn’t just enough to have a 3.5 (grade point average, the minimum for consideration). There were kids with 4.2s and higher.” 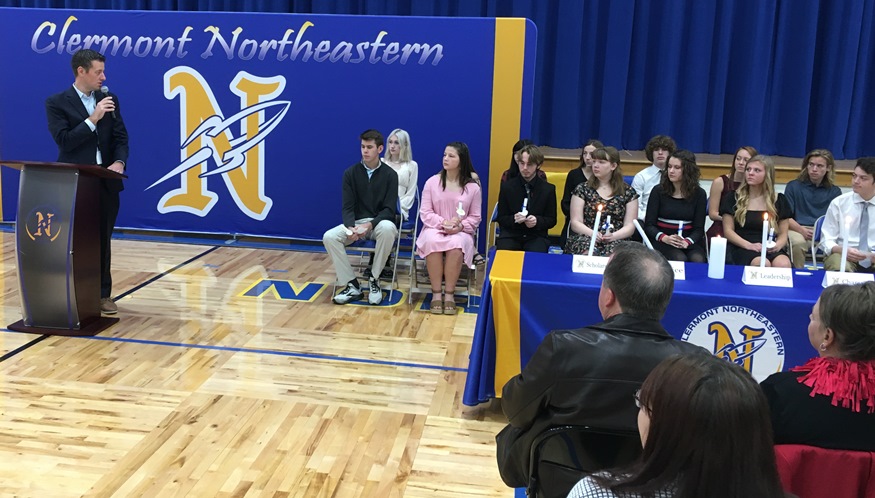 A committee of seven faculty members judged the nominees and chose the inductees. In previous years, the school’s induction ceremony has been in the spring, but Thompson moved it to December. The NHS chapter works with the Magnified Giving program, a charitable group, in the spring, and Thompson wanted more time available for that and other activities.

“I know it took a tremendous amount of time, effort and energy, so often you will make it look easy, getting straight As, turning everything on time, but I know it takes a different amount of effort. I congratulate you and your families on achieving this. The characteristic that sticks out most to me is scholarship. Yes, you have the natural ability, but it takes more than that. You have to have hard work, which you all have and show every each and every day.” – CNE High School Principal T. J. Glassmeyer

Chapter President Amann said leadership is a focus of her term.

“I want to leave like the mark to lead. I want everyone to have the confidence to know that it’s OK to mess up and it’s OK to not be able to do something as long as you’re putting your effort into, and you’re doing your best. And I’ve also been supporting to have integrity … take ownership of your actions,” she said.

Amann plans to major in biology in college, and perhaps become an orthopedic surgeon.

Junior Bryana Captain is one of the new inductees. She said work ethic and dedication to her school were reasons she applied for membership. Captain was inspired to service by a program the school sponsored in the spring about The Innocence Project, during which one speaker talked about being wrongly imprisoned for 30 years. She is also politically active, volunteering with the United States Senatorial campaign of Republican candidate Jane Timken.

“I’m kind of like (an) assistant … whatever she needs, I’m there,” Captain said. “I go to multiple campaigns and debates and it’s like really something that not a lot of kids get to do. Politics is definitely my favorite thing ever.”

Captain plans to attend law school after graduating from CNE. 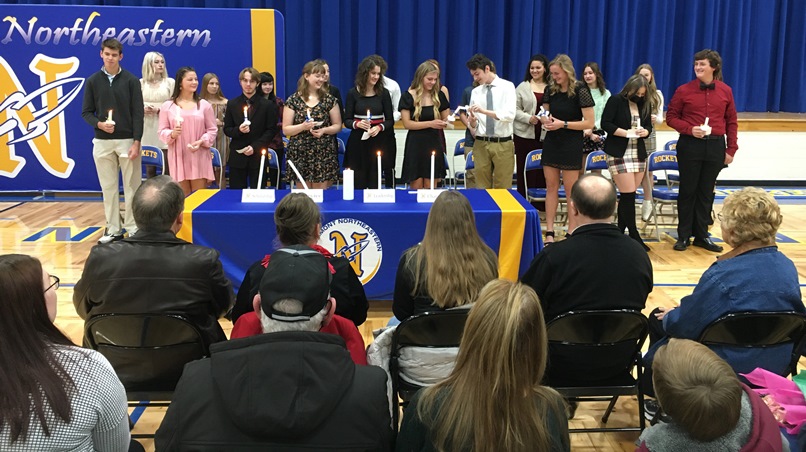 She has volunteered with U.S. Rep. Brad Wenstrup’s campaigns and hopes to attend the United States Military Academy at West Point, with a goal of becoming an intelligence officer in the CIA.

“Ever since I was little, I always wanted to enlist in the military. My father was in the Army, and I always respected the military and the soldiers and I thought it would be very honoring to be part of that,” Stephan said.

She has volunteered with U.S. Rep. Brad Wenstrup’s campaigns and hopes to attend the United States Military Academy at West Point, with a goal of becoming an intelligence officer in the CIA.

“Ever since I was little, I always wanted to enlist in the military. My father was in the Army, and I always respected the military and the soldiers and I thought it would be very honoring to be part of that,” Stephan said.

Asked what she would say to students considering membership in NHS, Hoerth said, “Because we’re all like, we all get together very well. And we all help out the community and we help out the school and it’s just really a good, good thing to be a part of.”

And they also learn how to move forward when things don’t go according to plan.

Scholarship – Per national guidelines, at a minimum, students must have a cumulative GPA of 85, B, 3.0 on a 4.0 scale, or equivalent standard of excellence. (Each school chapter is allowed to require a higher cumulative GPA.)

Service – This involves voluntary contributions made by a student to the school or community, done without compensation.

Leadership – Student leaders are those who are resourceful, good problem solvers, and idea contributors. Leadership experiences can be drawn from school or community activities while working with or for others.

Character – The student of good character is cooperative; demonstrates high standards of honesty and reliability; shows courtesy, concern, and respect for others; and generally maintains a clean disciplinary record. 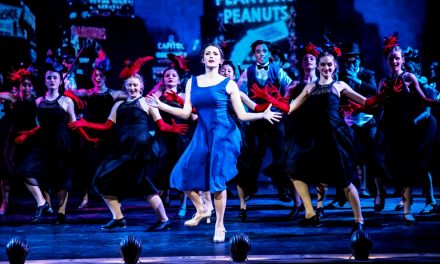 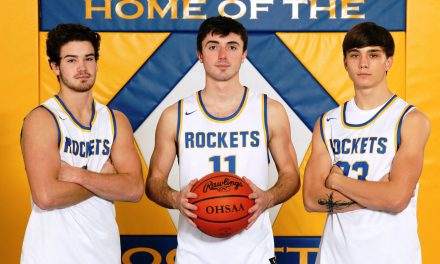 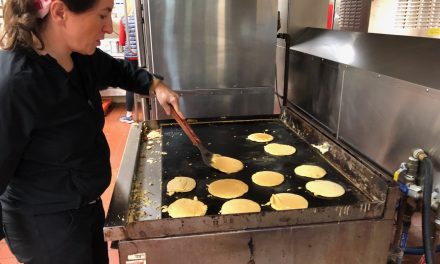 You are invited: 22nd Annual Every Child is Noteworthy Pancake Breakfast