CLERMONT COUNTY, OH (March 3, 2022) – Hanna Groeber admits she didn’t quite know what she was getting herself, or her friends, into, at the time. 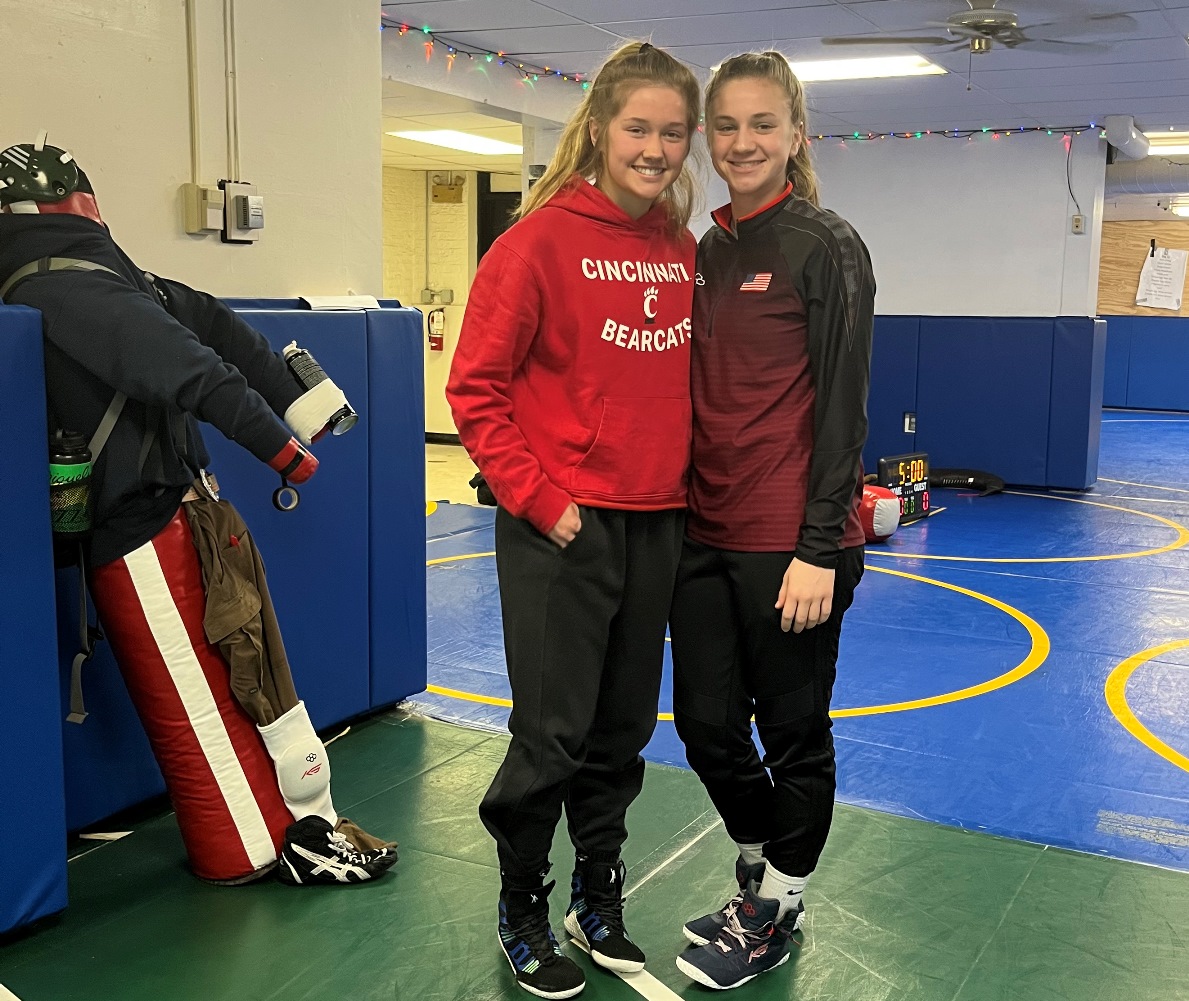 Groeber, a Clermont Northeastern High School senior, pushed the school to start a girls wrestling program two years ago. She had been keeping statistics for the boys team, on which her brother, Jacob, competes. Hanna recruited other students; 10 formed CNE’s first girls teams in 2020-2021.

This year, eight took the mat for the Rockets, with Groeber and sophomore Jesse Foebar representing the school at the Ohio High School Wrestling Coaches Association State Tournament Feb. 19 and Feb. 20 at Hilliard Davidson High School. Foebar placed third at 145 pounds; Groeber was 1-2 at 140, after a 25-1 regular season.

The state appearance was Foebar’s second and Groeber’s first. Foebar placed sixth at 150 pounds in 2021. The state realigned weight classes prior to the 2021-2022 season. For Groeber, qualifying to state was somewhat of a redemption after a difficult first season.

“I think that she did have different expectations coming in last year than what the reality (was),” CNE head coach Scott Wells said. “You see people doing it and you see how hard they’re working. I don’t think many people can truly understand what a wrestler goes through until they’re actually going through it.”

“And I don’t think that they realized that until they got into this. I mean, you’re in a gym for 12 hours. It’s not just the two-hour practice and then you go home and things go to normal. You’re looking at everything that you take into your body, what you’re drinking, what you’re eating, and watching carbs and proteins,” Wells said.

“I’d seen the boys practice and I was up for it. It looks pretty hard, but I mean, I survived,” Groeber said.

Assistant coach Taylor Shinkle, who works more closely with the girls, said Groeber worked hard during the offseason, and the results were obvious. A state berth was expected.

“Last year didn’t go so well for her,” Shinkle said. “She worked hard all year and you know, when that happens, you start to see results and you start to expect certain things. I don’t think anybody realizes how difficult it is until they get in the room and start doing it.” 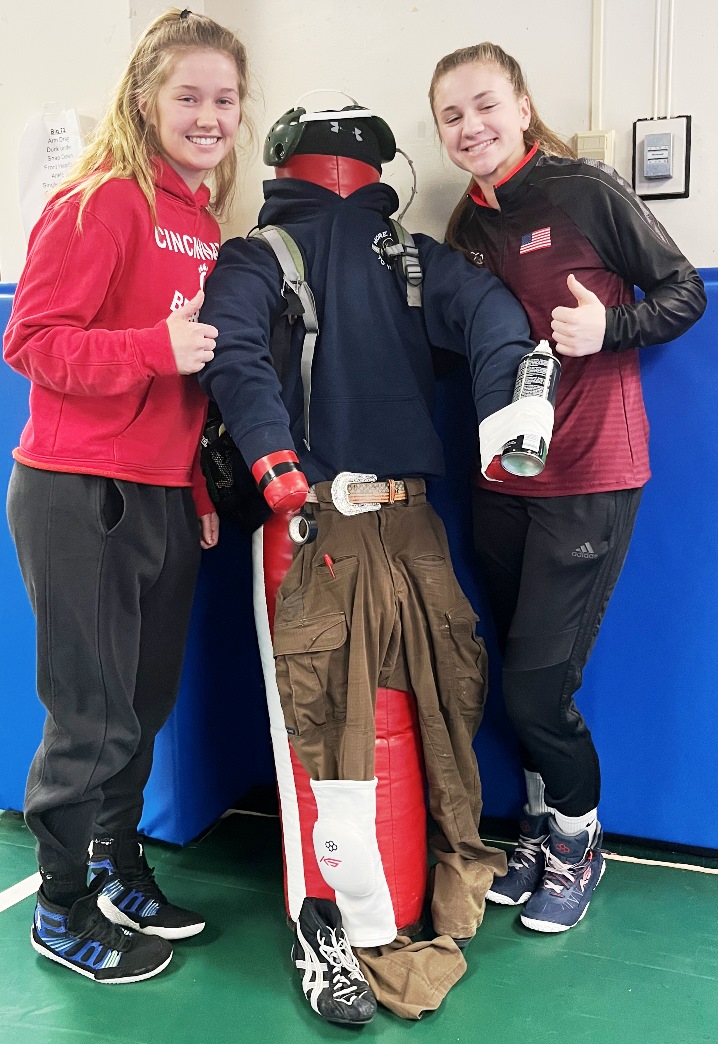 Clermont Northeastern wrestlers Hanna Groeber and Jesse Foebar stand in the district’s wrestling room, on the ground floor of the preschool building in Owensville, with a “throwing dummy” they created. (Photo by Dick Maloney.)

Groeber’s only regular-season loss was to a Kentucky state champion – she was undefeated against Ohio competition until the state tournament, where she opened with a win over Union Local’s Lucille Stout (pinfall, 1 minute, 17 seconds), before losing to Olentangy Orange’s Alicia Coleman (fall, 2:32) and Maryville’s Lauren Sloboda (fall, 2:32). Groeber won the Southwest District Tournament at Harrison Feb. 13, pinning all three of her opponents.

“Last year my match to go to state I was winning by 11 points and I pinned myself and that really just lit a fuse, and I worked really hard this year and when I was district champ and made it to state I just cried. I was so happy I cried,” she said.

“It was pretty awesome,” Wells said.

Foebar said her participation at the state tournament in 2021 helped her this season.

She defeated Erika Novack of Mentor (fall, 1:29) and Kascidy Garren of Olentangy Orange (5-4) before losing to eventual state champion Zoe Hussar of Rossford (fall, 1:14). In wrestlebacks, she defeated Allydia Byard of New London (8-3) and Isabella Adams of Chippewa, who was forced out because of injury at the 1:38 mark. Foebar qualified to state by placing third at district, winning four matches and losing one.

“I felt like she felt a little pressure this year too, but she thrived, which was awesome,” Shinkle said. “And the two of them (Foebar and Groeber) are partners together, pushing each other.”

Both wrestlers credited Wells and his staff with building a tight-knit, family culture within the CNE program.

“I don’t think I could wrestle for like any other school. I like the coaching staff here and my teammates,” Foebar said. “We have great coaches.”

“I always like it when I’ve had wrestlers that play football or play soccer and they do this for conditioning and they’re the football player that wrestles and (Foebar) was a soccer player that wrestled and I think it’s kind of starting to turn into now she’s a wrestler that plays soccer,” Wells said. “I want kids playing all the sports, I want them competing and doing things, but when they get to that mindset that this sport is an actual priority, I think that’s when you start to see those jumps and all those gains that really happened.”

Wells noted the growth and improvement of girls wrestling in Ohio, and expects that to continue. Next season, the sport will governed by the Ohio High School Athletic Association as an “emerging sport,” and should become even more popular – and more competitive. 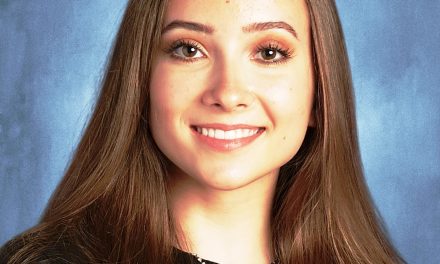 Student view on return to the classroom 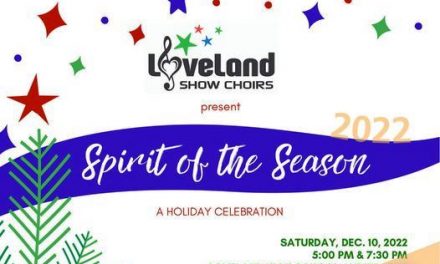 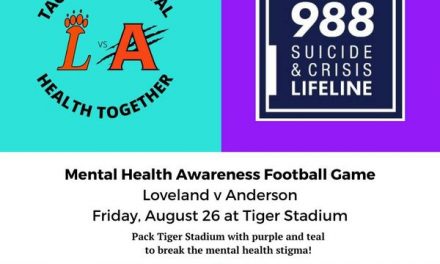